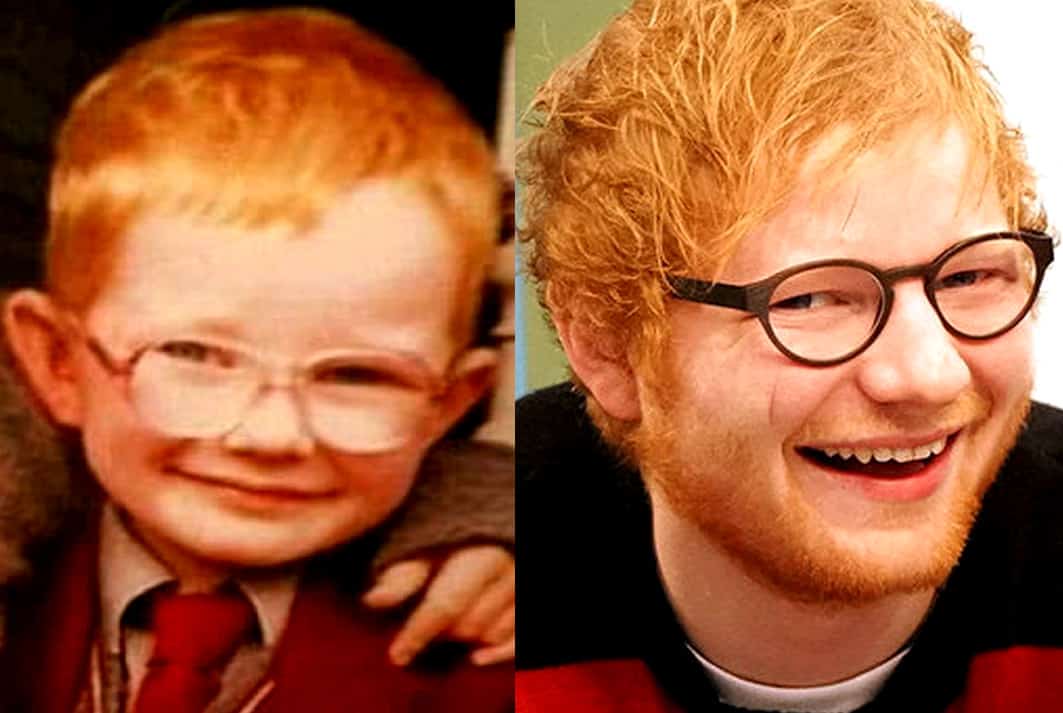 Childhood Biography presents the Full Story of a British Celebrity With the nickname “Teddy“.

Our version of Ed Sheeran’s Biography Facts, including his Childhood Story, brings you a full account of notable events from his boyhood days. We then proceed to tell you how he became successful.

Yes, everyone knows of his melodic voice, which has won the hearts of many around the world. However, only a few consider Ed Sheeran’s Biography, which is quite interesting. Now, without further ado, let’s begin.

For Biography starters, Smiley face Edward Christopher Sheeran was born on the 17th day of February 1991 at Halifax in West Yorkshire, England.

He was the second of two children born to his mother, Imogen Sheeran, and to his father, John Sheeran. Behold, Ed Sheeran’s parents.

The British national of white ethnicity with Irish, English, and Manx roots was raised at Framlingham in Suffolk, England, where he grew up alongside his elder brother Matthew Sheeran.

Growing up at Framingham, Ed was a shy kid and music enthusiast who began singing at the Church choir when he was aged 4. He also took artistic pleasure in listening to Songs made by the likes of Bob Dylan and Eric Clapton.

The ginger-haired kid went on to Learn the art of playing the guitar amidst being a constant prey of bullies during his studies at Rishworth School near Halifax.

While at the school, there was no hiding place for Ed’s musical talent. He was widely considered as a natural performer by his classmates who exceedingly voted him as most likely to be famous.

Motivated by the acclaims, Ed Joined the National Youth Theatre to develop his art as he looked forward to an auspicious future of merry singing and symphonic plucking of guitar strings.

Do you know that Ed was in his early teens when he started recording CDs for sale? By the time the youngster was aged 14 in 2005, he already had a number of significant works to his credit including “The Orange Room” and “Spinning Man”.

Forging ahead, the better part of the next two years 2006 – 2007 saw Ed released a self-titled album and another named “want some” before he set sails for London to officially start his music career.

Upon arriving in London in 2008, Ed’s path to fame began with tough challenges. He was practically homeless for the most part of that year as well as the entirety of the next two consecutive years (2009 and 2010). 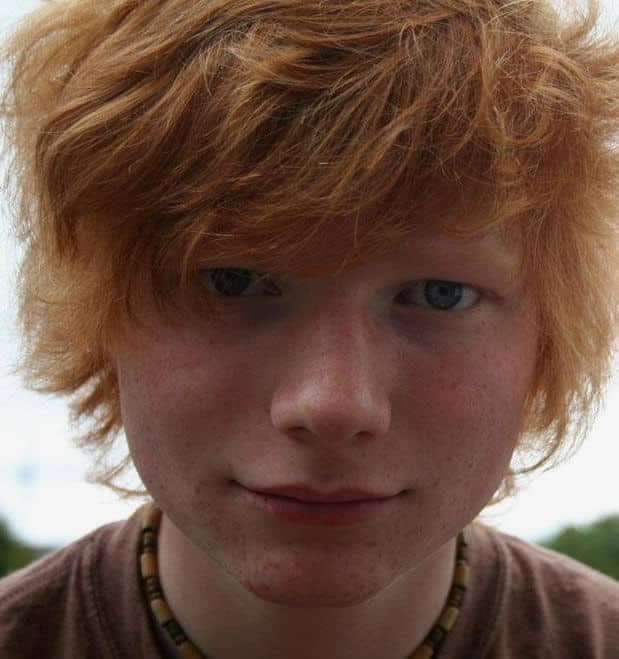 Notwithstanding, the Independent artiste never found quality time to flirt with the idea of giving up because he was too busy auditioning, producing more music and collaborating with artists that he met along the way.

2011 was the year which Ed was signed to Asylum records after his last independent EP – No. 5 Collaboration Project – reached number 2 without any promotion or label.

Thus, it wasn’t surprising that the singing sensation achieved greater success with the release of his first studio album + (pronounced “Plus”) in September 2011.

Ed eventually cemented his status as one of the most loved and admired artists in the world with the release of his second studio album – X (pronounced “Multiply”) which debuted at number one in the UK and US and won him several awards.

Fast forward to date Ed continues to ply his melodic trade in the music industry with his latest album being “No. 6 Collaborations Project”. The rest, as they say, is history. 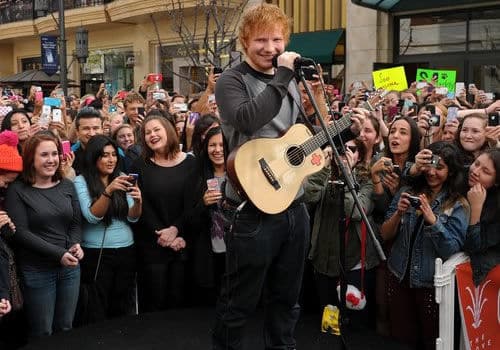 Like most popular acts in music, Ed had a romantic history characterized by dating stints with a number of women before he eventually got married.

The singer finally settled down in 2018 by getting married to his high school sweetheart Cherry Seaborn on the 27th of August that year.

Meanwhile, the young couples who had no sons or daughters out-of-wedlock look forward to welcoming additions to the Sheeran’s family by the years. 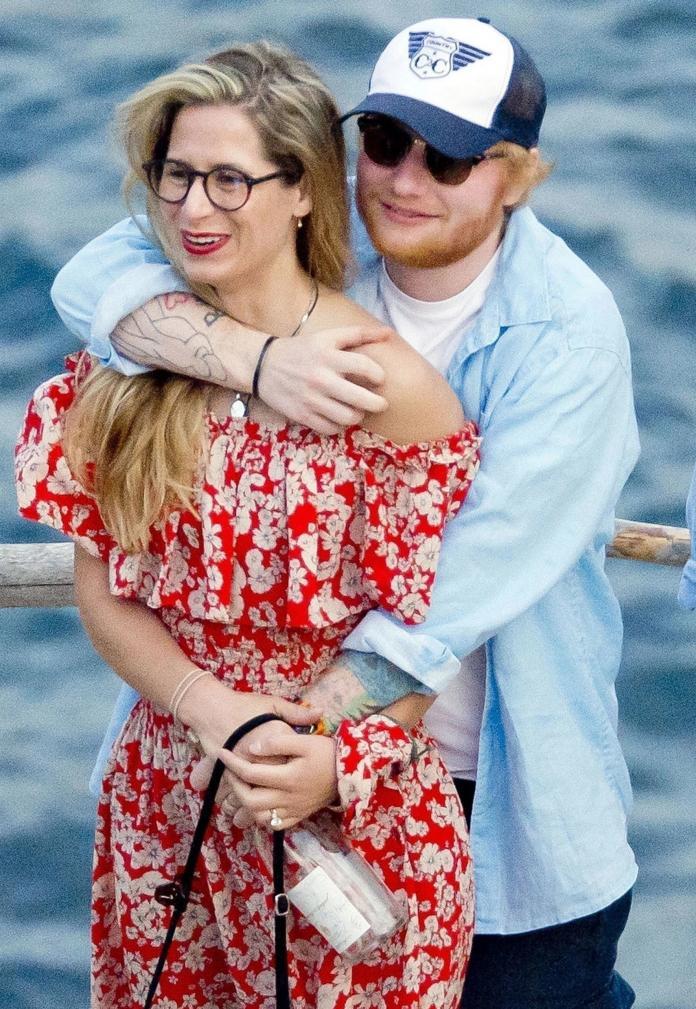 Speak of Ed’s family life, he comes from a small family of 4 members. We outline facts about his family life.

John Sheeran is Ed’s dad. He is a lecturer and art curator who runs a consultancy firm with Ed’s mom.

Although John is not too outspoken about Ed’s achievements, he is proud of the singer who he raised to be a likeable person and a goal-getter. 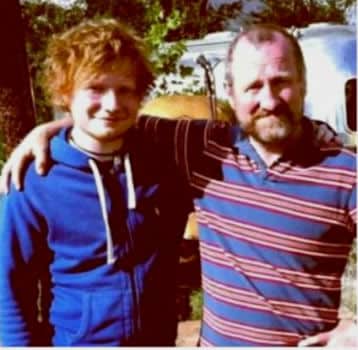 Imogen Sheeran is Ed’s mom. She worked as a publicist during the singer’s early life before venturing into the business of making Jewelleries.

The mother of two has always been Ed’s major source of support and remains close to him to date. 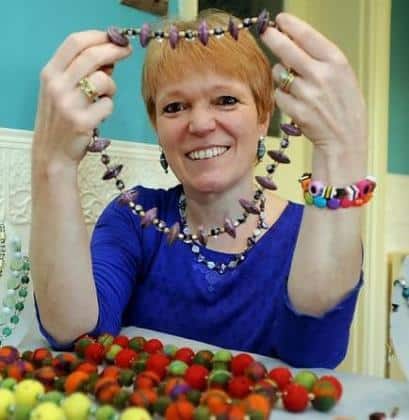 Ed has no sisters but an older brother identified as Matthew. The elder sibling shares a similar childhood story with Ed but works as a music composer at the time of writing. 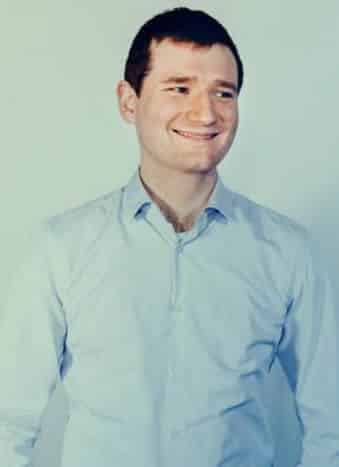 moving on to Ed’s extended family life, his paternal grandparents were William Murray “Bill” Sheeran and Anne/Ann Mulligan while his maternal grandfather and grandmother were Lock and Walker respectively.

The singer has cousins identified as Murray Cummings and Jethro Sheeran while not much is known about his aunts, uncles, nephews and nieces.

Added to Ed’s impressive persona is his shrewd nature of not revealing more than necessary when talking about his personal and private life.

His interests and hobbies include writing songs, traveling, and keeping up with sports particularly football. 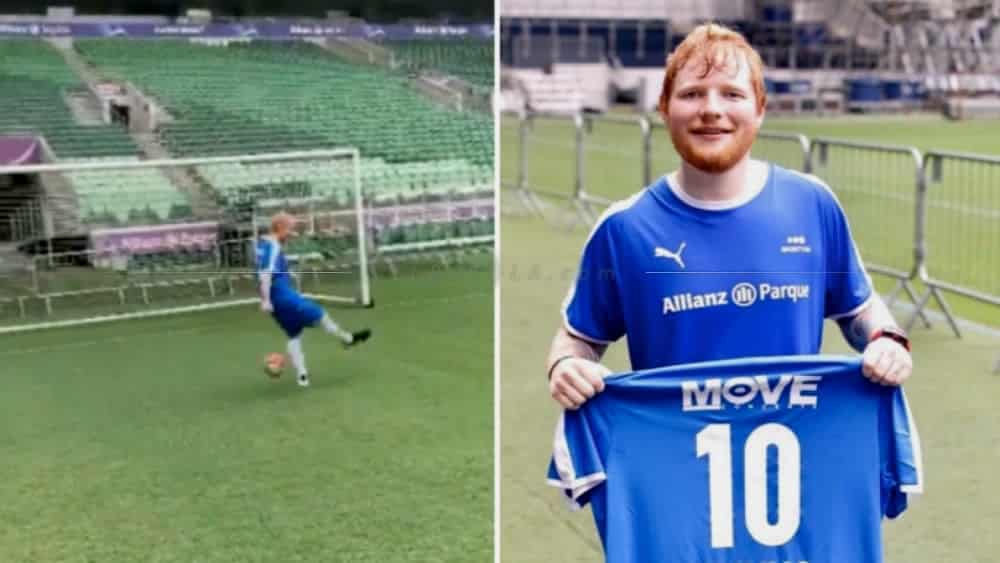 It is a scientific fact that the world’s highest-earning musicians including Ed Sheeran have solid net worths and love spending every now and again on luxury assets that improve on their wealthy status.

For Ed, Pointing indicators of such a Lifestyle include his £895,000 luxury farmhouse close to his hometown at Suffolk.

The mansion boasts of a millionaire’s playground, a designer pond, swimming pool, a library as well as a giant treehouse.

Added to the edifice which Ed calls home is a garage that shelters a number of exotic cars including a Mini Cooper, a Mercedes Jeep, a Porsche ride and Aston Martin DB9. 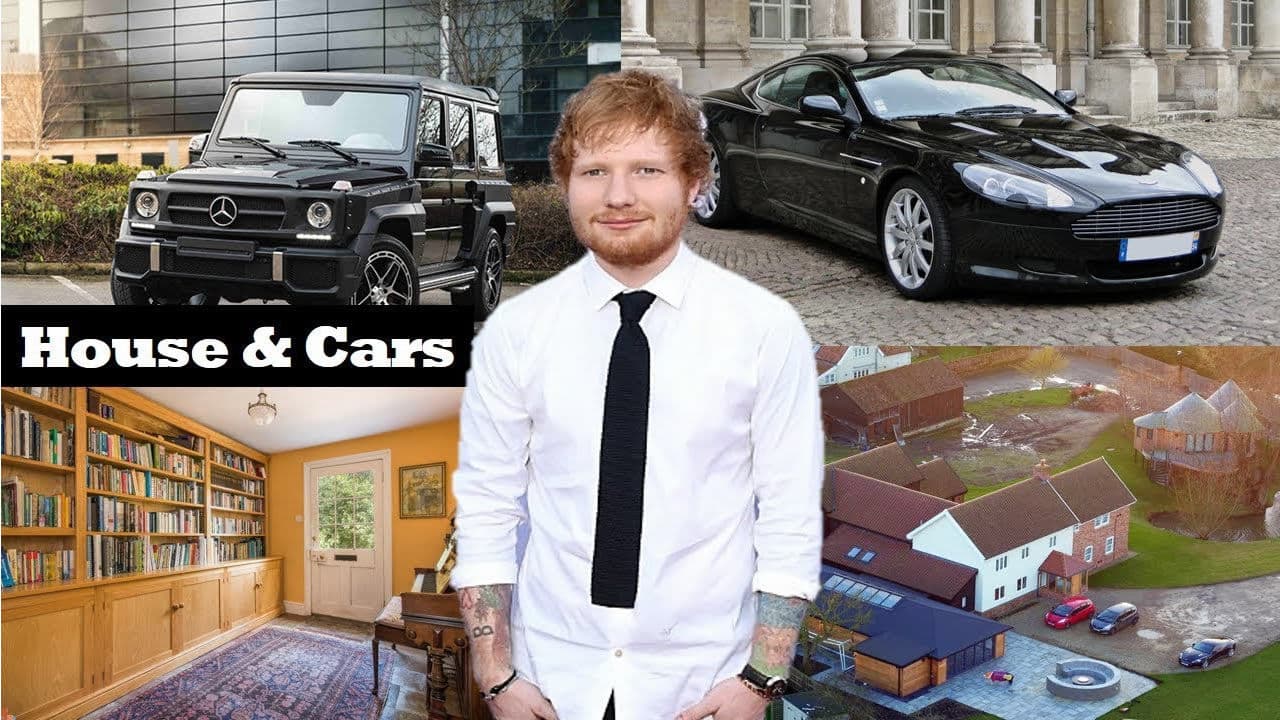 Before we call it a wrap on our Ed Sheeran childhood story and biography, here are lesser-known facts tailored to help you get a complete picture of him.

Ed Sheeran was born and raised as a Christian. He doesn’t talk much about religion but his failed plan to build a chapel on the grounds of his Suffolk estate speaks well of his faith.

Ed has more tattoos than musicians who have been in the industry for decades. The colourful body arts which cover the entirety of Ed’s torso and arms have secrets meanings attached to them. 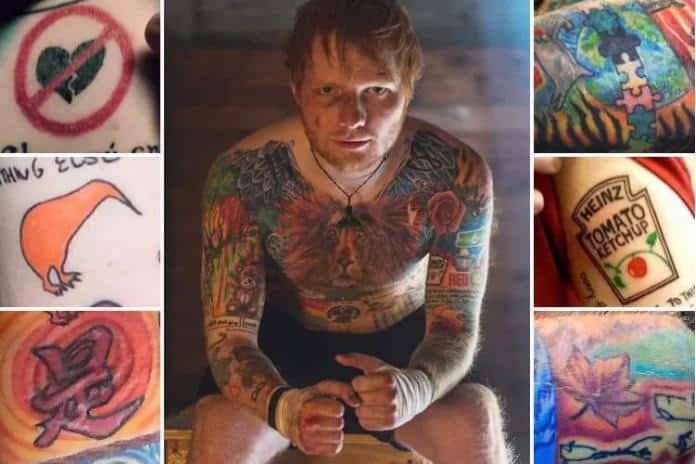 Music is not the only creative project that Ed’s lends his uniqueness. He has appeared in a number of operas, sitcoms, and Television series including a scene on Game of thrones.

Not Just a nickname:

Do you know that Ed’s nickname, “Teddy” runs deep? The singer is, in fact, a kid in a grown-up body as he loves toys and spends a great deal in acquiring them for himself. 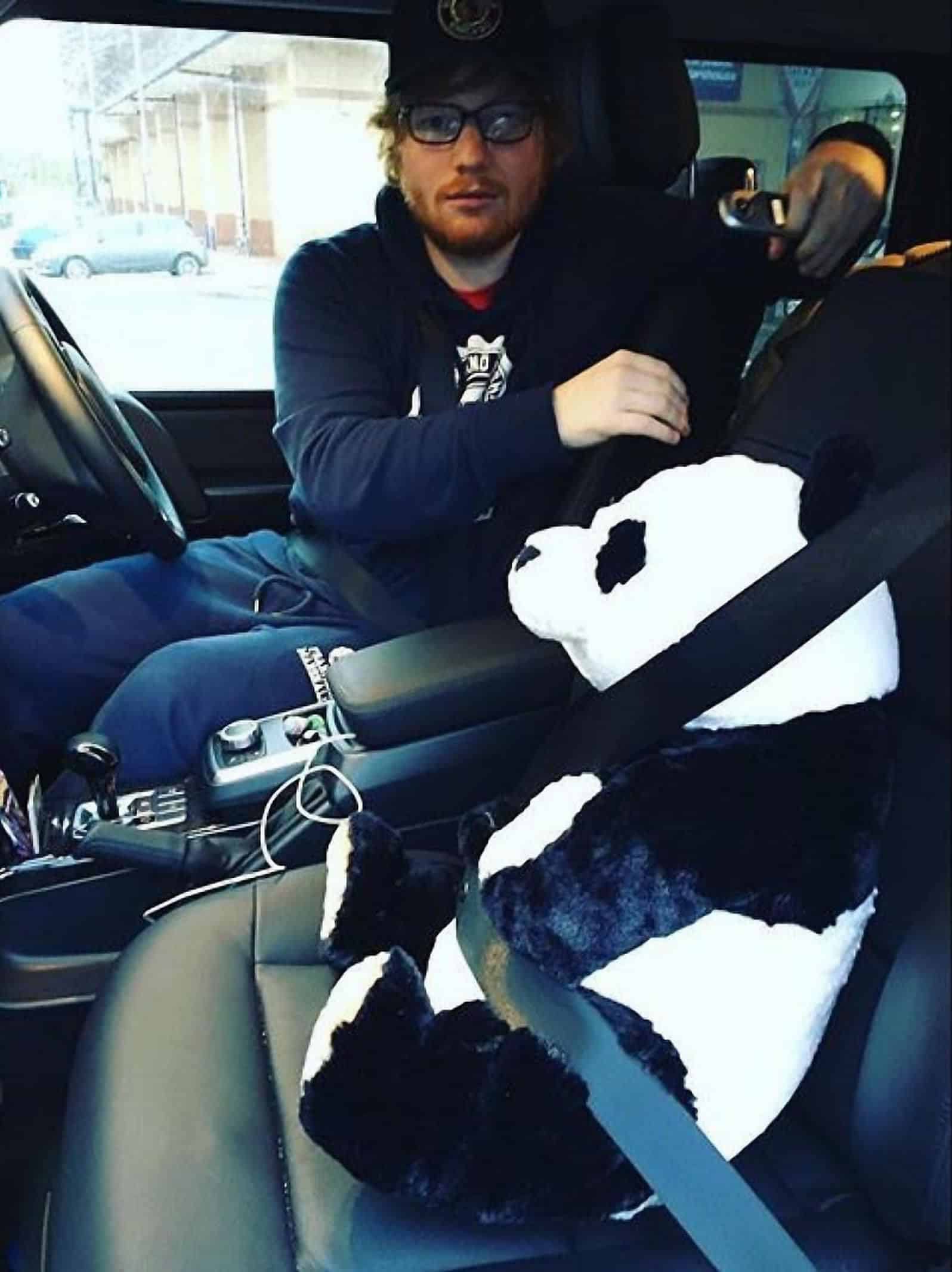 Cigarettes and recreational inhalants used to be friends with Ed until he quit smoking in 2018. On the other hand, he is given to drinking albeit in a moderate fashion.

Away from singing and supervising administration at his gingerbread record label, Ed owns a restaurant and bar in Notting Hill London. In addition, he is big on philanthropy and has lent himself to a number of charitable ventures.

Thanks for reading our Ed Sheeran Childhood Story, plus untold biography facts. At childhood biography, we strive for accuracy and fairness. If you see something that doesn’t look right in this article, please place your comment or contact us!