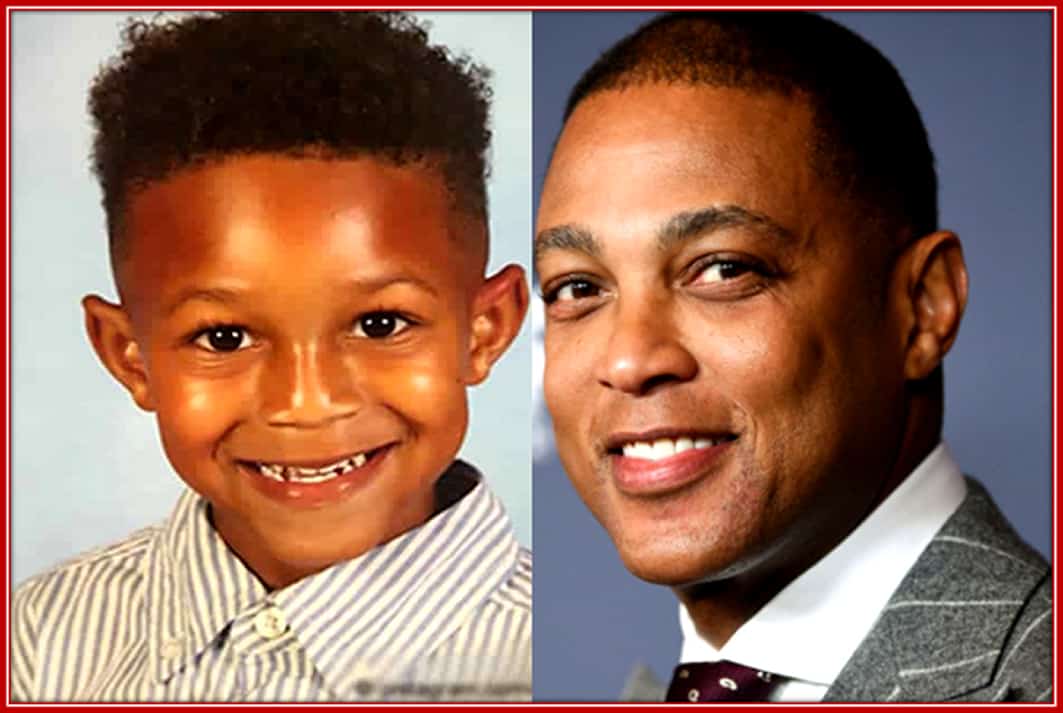 Simply put, we give you important happenings in his life, starting from when he was a child to when he rose to prominence.

Yes, everyone knows he is one of the most trustworthy TV anchors and Newscasters on TV.

However, not many have read Don Lemon’s Biography, which is quite interesting. Without much ado, let’s begin.

We begin with the fact that Don Carlton Lemon was born on the 1st day of March 1966 in the capital city of Baton Rouge in Louisiana, U.S. He was born to his mother, Katherine Clark, and to his father, Mr Richardson.

Young Lemon grew up at the western part of Baton Rouge city in Sugar State. It was at the city that he spent the first 10 years of his early life growing up under the care of his mother, grandmother as well as two sisters – Yma and Leisa.

True to his looks, Lemon is an African-American with some Cajun/French roots. Yes, Don Lemon’s parents are both black. However, one of his great-grandfathers was a pure white man.

What’s more, analysis of Lemon’s DNA test did reveal that he has family roots in Nigeria, Cameroon, and the Congo! As such, it isn’t wrong to refer to him as a man of multi ethnicities. 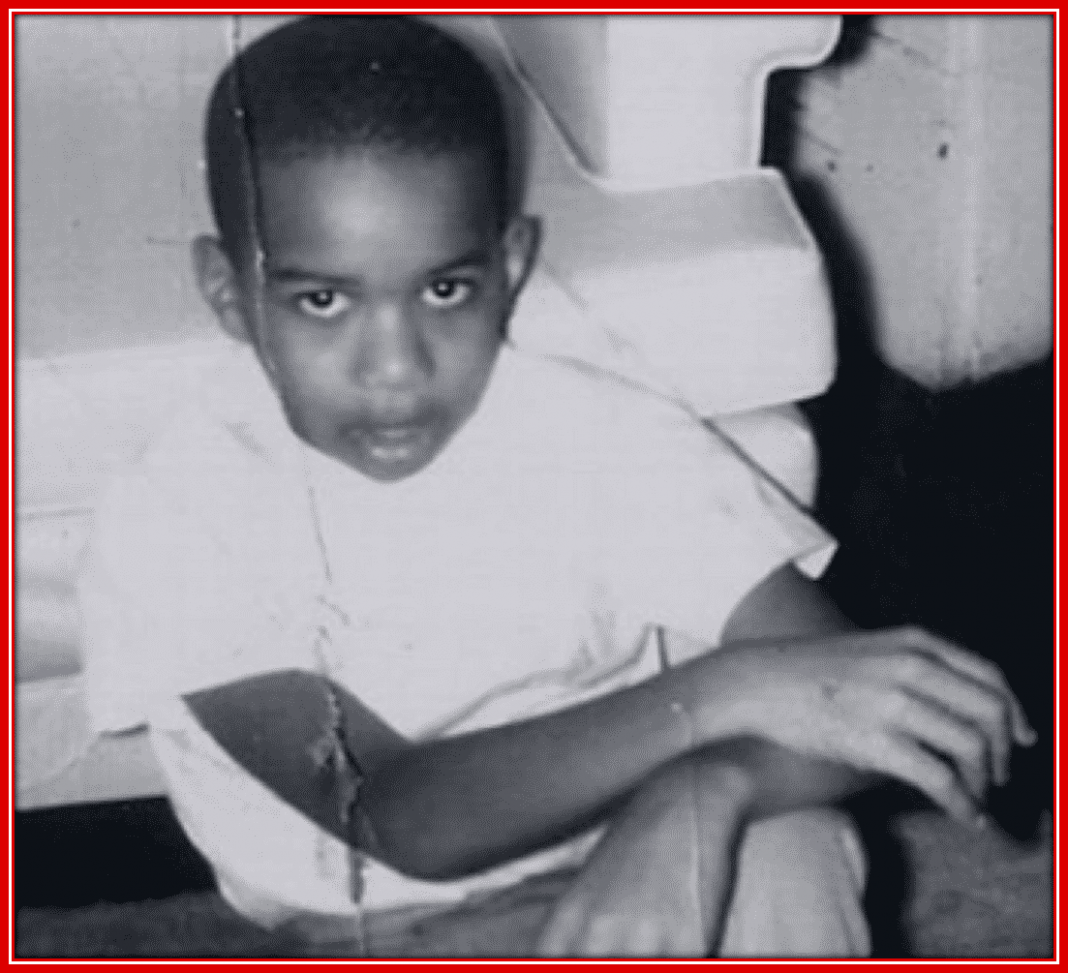 Growing up in Baton Rouge, young Lemon was a preppy kid who had a thing for loving to dress up in a smart way.

He wore suits to church every Sunday as a kid and also did look forward to the arrival of special events like Easter so he could add more dapper clothes to his wardrobe.

Fortunate for Lemon, he grew up in a middle-class family setting. As such, his family had no problems providing him with his choice of clothing. Neither did they lack the finances necessary to send him to good academic institutions.

Don Lemon Biography – How he began his career in Journalism:

First of such institutions was Baker High School, where Lemon was known to be intelligent and ambitious.

He had dreams of becoming a journalist during his studies at the school and went on to become a class president during his senior year.

Upon graduating from high school, Lemon became a student of Louisiana State University but didn’t complete his studies at the said institution.

Instead, he got himself enrolled at Brooklyn College, where he graduated with a degree in broadcast journalism.

Did you know that Lemon began practising Journalism even while he was a student of Brooklyn College? In fact, he did serve as a news assistant on WNYW in New York City.

At the same time, the budding journalist was hired by Fox News and worked for its Chicago and St. Louis affiliates.

It wasn’t until the end of Lemon’s college studies that he became a correspondent for NBC affiliates in Chicago and Philadelphia.

went on to begin reporting as a weekend news anchor for WCAU at Philadelphia in Pennsylvania, WBRC at Birmingham in Alabama as well as served as an anchor and investigative reporter for KTVI in St. Louis.

He did also anchored programs on MSNBC and at WMAQ-TV where he won three local Emmys for being an amazing TV personality.

The turning point of his career in Journalism came in 2006 when he was hired by CNN as a correspondent and weekend evening anchor for CNN’s Network Newsroom in Atlanta, Georgia.

In the ensuing years, Lemon slowly became popular for covering some of the most hard-hitting U.S. news as well as interviewing prominent individuals.

His popularity rose to new heights When he came out as gay via the release of his memoir Transparent in 2011.

Just three years later, he became a presenter of CNN Tonight with Don Lemon, a late TV show program that gave the TV show anchor incredible prominence as it afforded him a platform to interview prominent individuals. 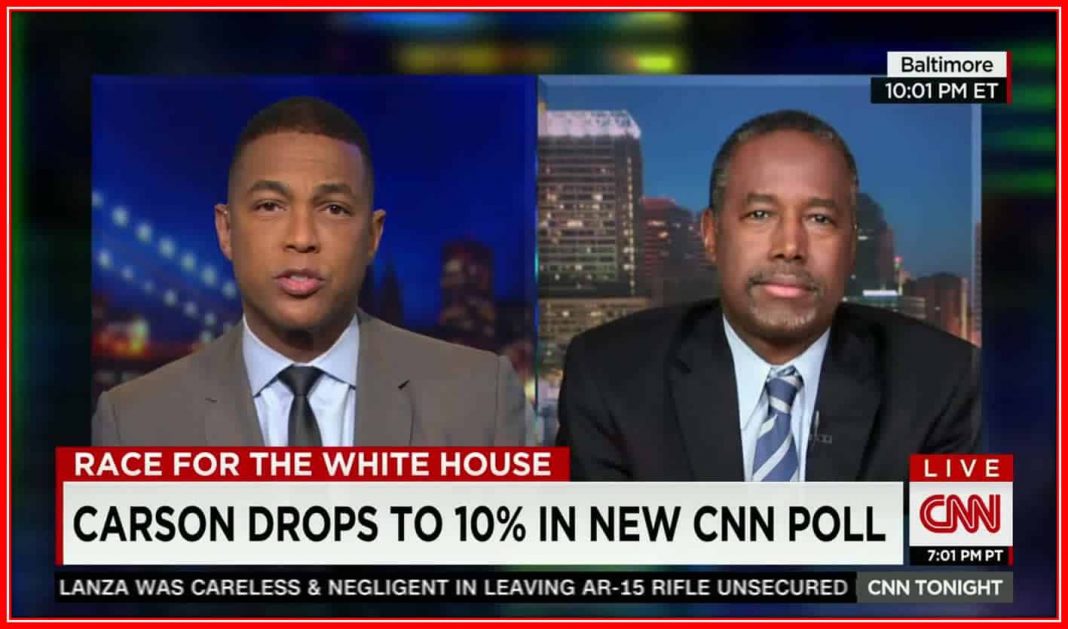 Fast forward to the time of drafting this bio, Lemon is one of the most trustworthy news personalities and TV anchors.

He is widely known for voicing strong controversial opinions as well as for holding public officials and politicians accountable in his “No Talking Points” segment.

Who is Don Lemon’s Boyfriend?

Shortly after Don Lemon came out of the closet in 2011, many were keen on knowing the man in his life.

It wasn’t until the year 2018 that Lemon went public on his relationship by sharing a kiss with his boyfriend, Tim Malone during CNN’s live New Year’s Eve broadcast in 2017. It is worthwhile to note that Lemon and Tim reportedly met in 2016. 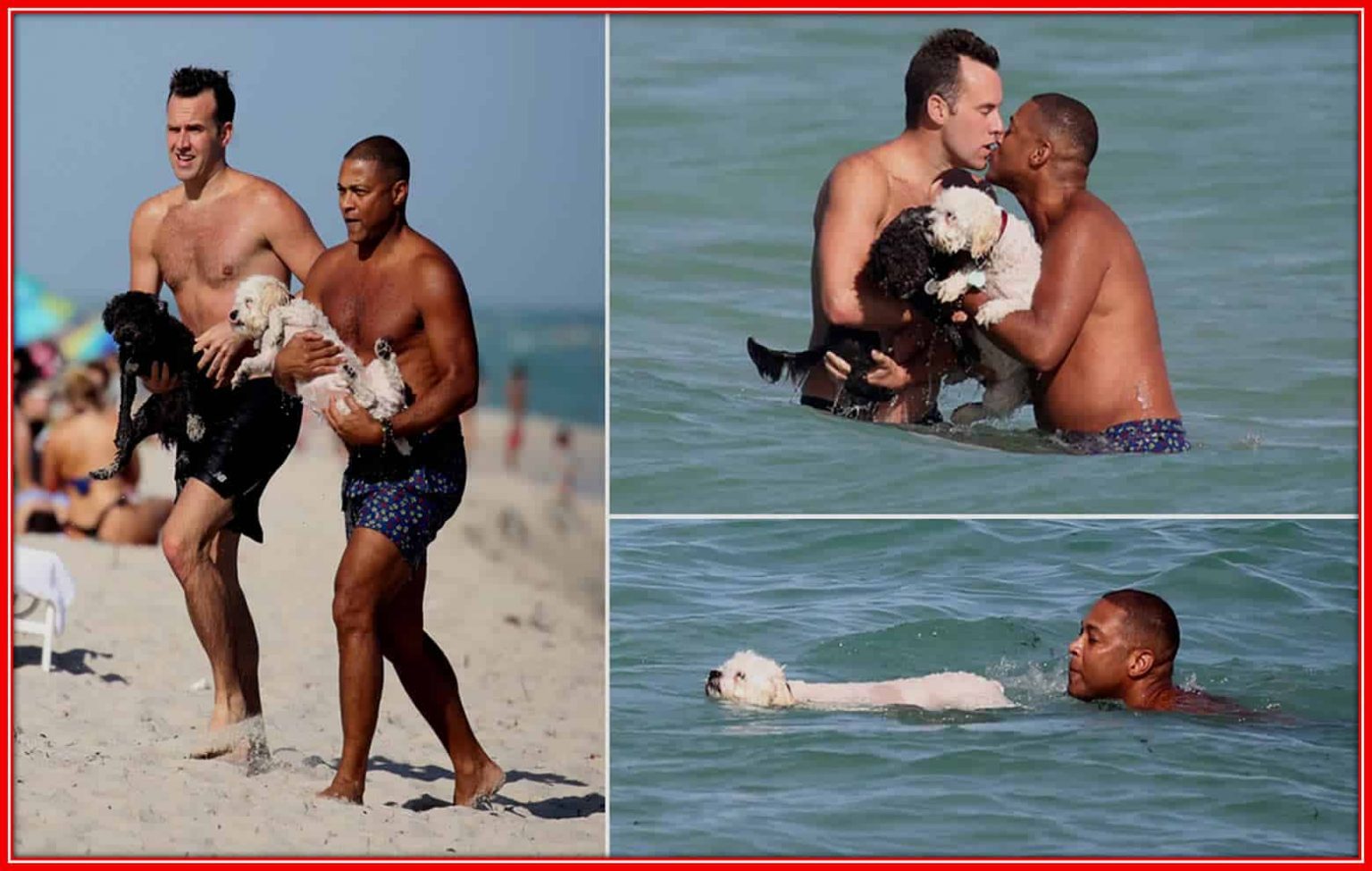 Tim is currently a real estate agent who has a rich history working as a journalist between 2006-2018. He is very much in love with Lemon who he got engaged to in April 2019.

Fans can’t wait to see Don Lemon’s boyfriend become his husband. Such marriage would see Lemon become one of the few openly gay black men in broadcasting that is in a legal union.

Tim Malone is not the only individual who has a special place in the heart of the TV presenter. We bring you facts about Don Lemon’s parents, siblings, and relatives. 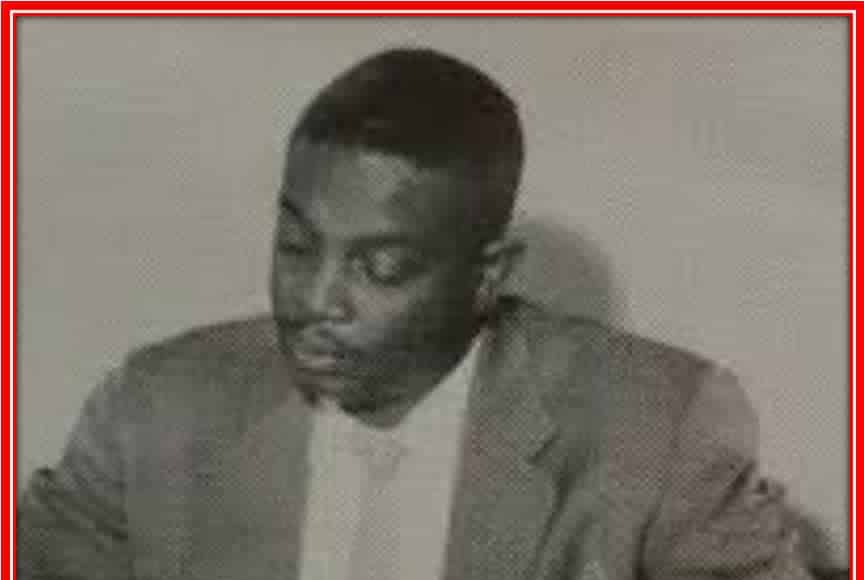 The presenter’s father is simply known as Mr Richardson. Not much is known about him largely because he lost his life to diabetes when Lemon was just a kid.

As such, the journalist does his best to raise awareness about diabetes. It goes without saying that Lemon’s dad was a good Man because the TV presenter has good memories of him. 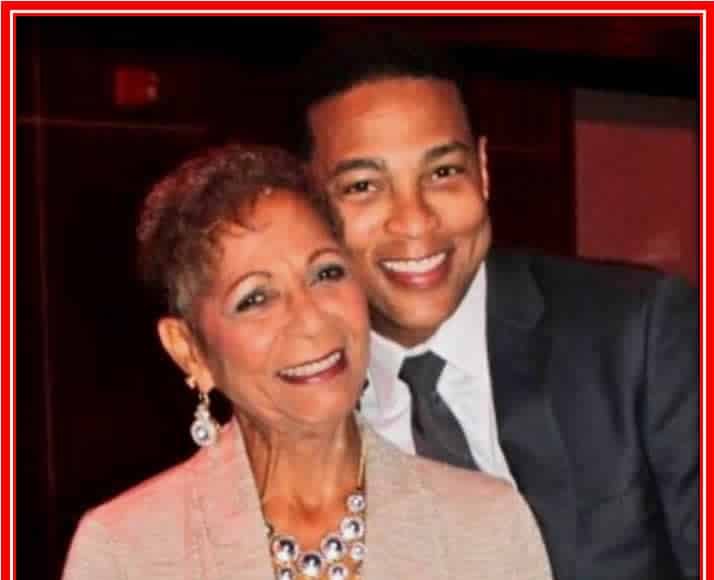 Katherine Clark is unarguably the closest person to Don Lemon’s heart. In fact, he did accidentally start one of his show with “Hi Mom”.

It was Katherine who did her best to raise Lemon and her other kids after the demise of Mr Richardson.

She went on to get a little-known good step-father (now late) for her kids. Lemon pays tribute to the stepdad alongside his biological father whenever the opportunity presents itself.

While drafting Don Lemon’s Childhood story we did well to mention that he grew up with his sisters Leisa and Yma. Leisa was the oldest of Lemon’s sisters and his “partner in crime while growing up”. 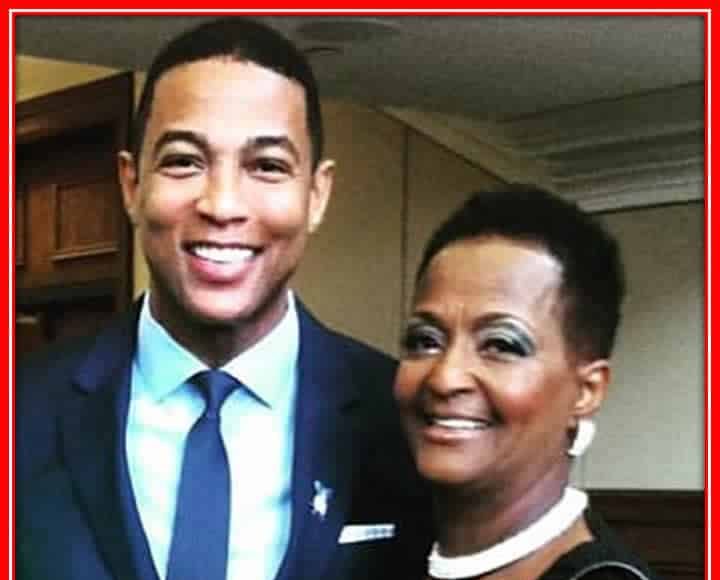 Sadly she lost her life via accidental drowning while fishing at a pond in Louisiana. On her part, not much is known about Lemon’s other sister Yma.

Notwithstanding, there is no denying the fact that she shares a close bond with her celebrity brother and mom.

Away from Don Lemon’s parents and siblings, let’s explore his ancestry and family roots. To start with, his maternal grandparents were Frank Bouligney and Mary Henrietta Jackson while there no records of his paternal grandparents.

Similarly, not much is known of the journalist’s uncles, aunts, cousins, nephews and nieces.

Who is the TV personality outside the world of journalism and how do people perceive him beyond his demeanour in studios and newsrooms?

Relax as we bring you facts about his persona which is similar to those of individuals born under Pisces Zodiac sign.

He is warm, emotional, likeable, interesting, intelligent, entertaining and open to revealing facts about his private and personal life.

Whenever the TV anchor is not working, he can be caught listening to music, travelling, cycling, boating, spending quality time with his friends and family, among other interests and hobbies.

Did you know that Don Lemon has an amazing net worth of $3 million (6 times less than that of Andrew Cuomo’s brother Chris) as of June 2020?

The bulk of his wealth is a summation of the wages and salaries he has gotten for being an interesting personality on TV. 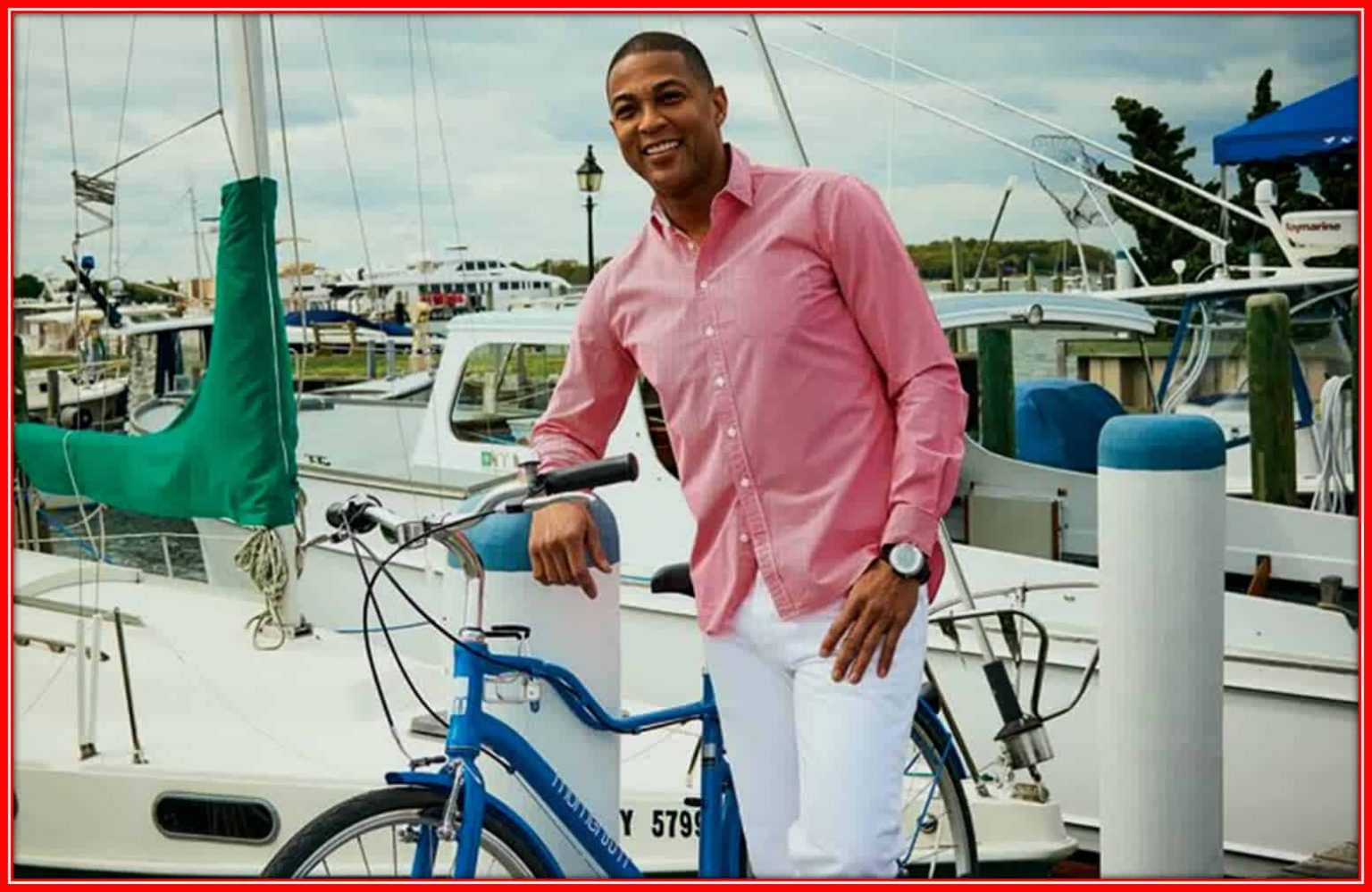 Thus, it is not surprising that he cruises to and fro work on cool cars. what’s more, the presenter’s Sag Harbor Home at New York is a massive 2,750-square-foot house.

It boasts of a cosy basement, 4 deluxe bedrooms, beautiful interior designs among other features befitting for a king.

Yes, we have done well to give you facts about Don Lemon’s parents, Boyfriend and Lifestyle. This article wouldn’t be complete if we fail to give some lesser-known or untold facts about the presenter.

A Victim of Child Sexual Abuse:

The Gay CNN Anchor admits to being molested by a paedophile when he was a kid. He publicly revealed details of his childhood in his 2011 when reporting a sensitive story on CNN.

Unafraid to Call out CNN:

It is a known fact that men of the press are often afraid to point out wrongdoings or unprofessional conducts in the media house that they work for.

Lemon is quite different from the vast majority. He is not happy with many of the things CNN does and has been quite vocal with his criticisms in that regard.

“Sour Lemon” was a nickname given to the presenter by US President Trump. The President and Lemon have never been in good terms beginning from his campaign days.

They both dislike each other and wouldn’t shy from pelting invectives at each other. 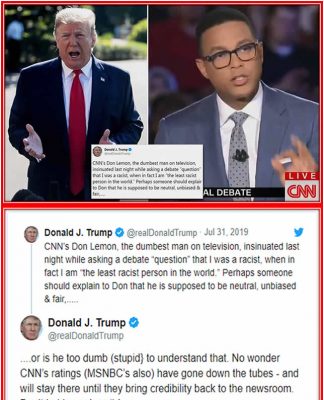 Did you know that the TV Personality shares the same birth year 1966 with Mike Tyson and David Schwimmer? It was that same year that Pampers did well to create their first disposable diaper.

There is a particular noticeable interest that Don Lemon’s boyfriend shares the presenter. It is their love for pets, particularly dogs. They go out with their pets on many occasions, including for swimming at beaches.

Having known he is Gay, you are likely to guess he is a non-believer. While you’re right on this, it is vital to let you know that Don Lemon’s parents initially raised him in accordance to Christianity religious beliefs.

At the time of putting up his Bio, the Gay CNN Anchor does not claim to be a follower or believer of Jesus Christ.

Thou, Lemon does admit to believing in some “higher power.” Speaking about his thoughts about Religion, the Media Man once labelled believing the Bible Naïve & Dangerous. He continued…according to EewMagazine;

As I got older…I had a sort of epiphany, one which made me believe the Bible is just about the lessons you learned, not about the events or words.

In order to get quick and concise information about the American television journalist, we’ve decided to summarize Don Lemon’s Biography into our Wiki Inquiries and Answers.

Thank you for reading this interesting write-up on Don Lemon’s biography. At Childhood Biography, we strive for fairness and accuracy in our day-to-day business of delivering childhood stories and biography facts.

Have you seen anything that looks odd in this article? do well to contact us by leaving a message in the comment box.