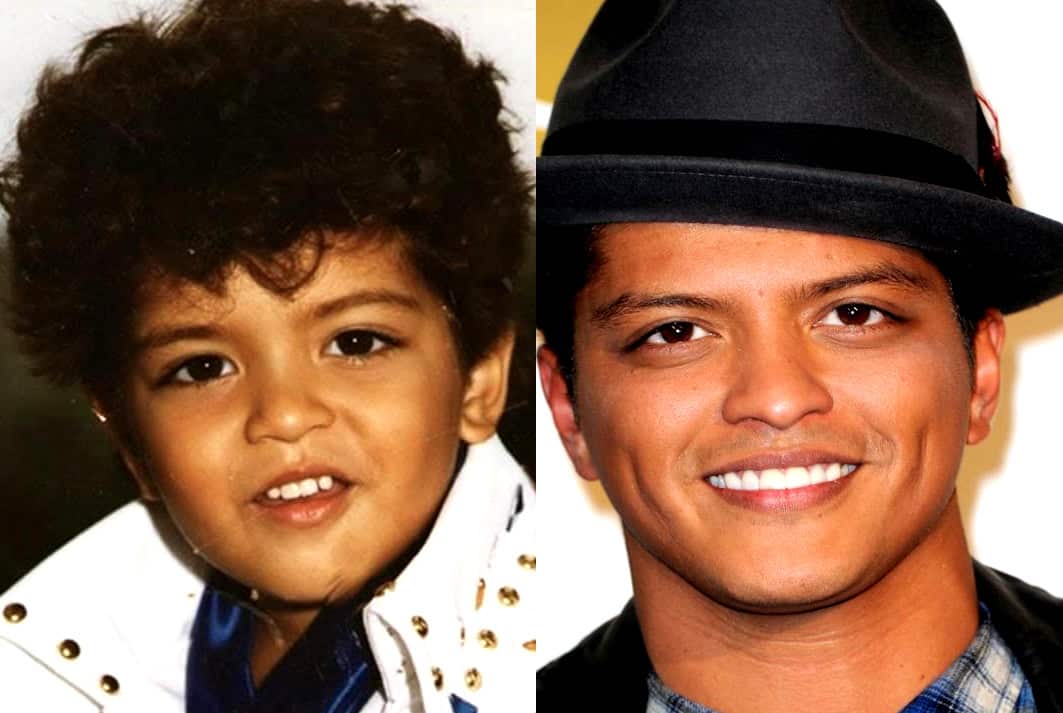 Our version of Bruno Mars’ Biography Facts, including his Childhood Story, brings you a full account of notable events from his childhood time to date.

Yes, everyone knows of his amazing stage performances and retro showmanship.

However, only a few consider Bruno Mars’ biography, which is quite interesting. Now, without further ado, let’s begin.

Starting off, Peter Gene Hernandez was born on the 8th day of October 1985 at Honolulu, Hawaii.

He is the fourth child of six children, born of the union between his mother Bernadette San Pedro Bayot and his father, Peter Hernandez. Behold, Bruno Mars’ Parents.

The American national of mixed ethnicity with Puerto Rican, Ashkenazi Jewish, Filipino, and Spanish roots was raised in Honolulu Hawaii where he grew up with his five siblings; Eric, Jamie, Presley, Tahiti, and Tiara Hernandez.

Growing up in Honolulu, Bruno Mars, whose parents were professional performers, was exposed to a diverse variety of music.

He then developed a keen interest in the art of music and was much more inclined to perform arts as he spent most of his time imitating Elvis Presley. 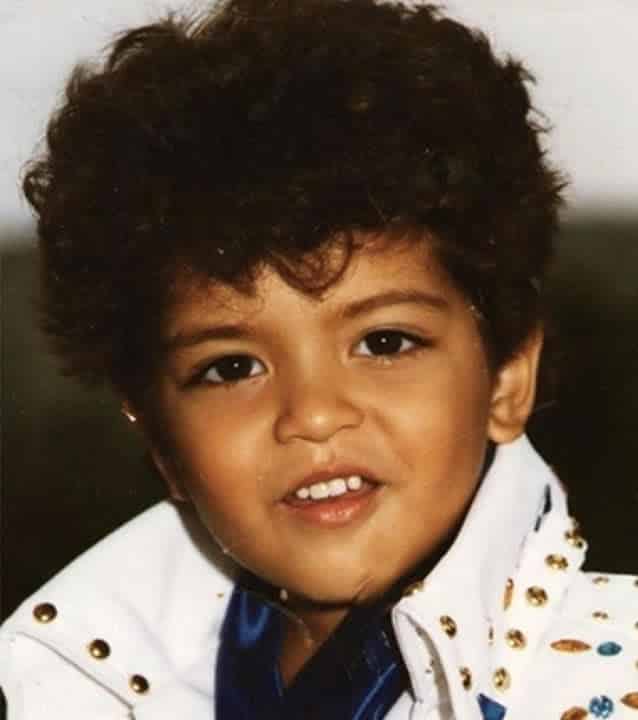 Regarding Bruno Mars’ educational background, he attended The President Theodore Roosevelt Highschool and was extremely talented that almost everyone in his school was drawn to his entertaining personality.

While in school, Bruno Mars who didn’t want to let his talent stay dormant and unproductive joined a group called “The School Boy”.

He would often perform at different shows with the group and graduated from Roosevelt High school in 2003 at the age of 17. 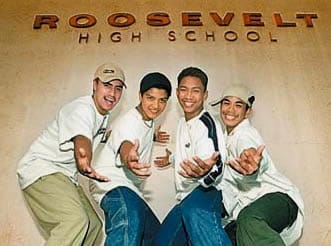 Shortly after his graduation from High School, Bruno Mars moved to Los Angeles, California to pursue a music career.

He then adopted the stage name “Bruno Mars” which he coined from the nickname – Bruno – his father gave him at birth. 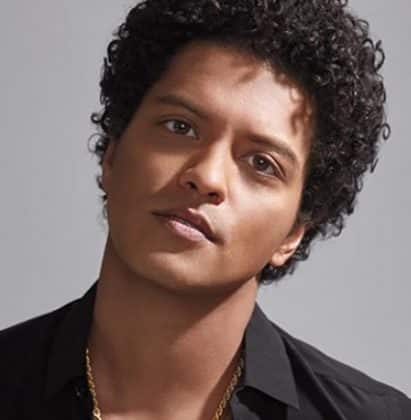 By the time Bruno Mars got to Los Angeles, he made plans and preparations that would help him excel in his music career.

Not long after he had made all his plans, he signed a contract deal with Motown Records in 2004.

Signing a contract deal with Motown Records didn’t turn out to be as successful as Bruno Mars had envisaged.

He went on to meet with Will.i.am’s management for a conversation, which also turned out to be fruitless. 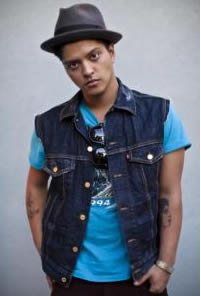 Although Bruno Mars’ efforts were fruitless while with Motown Records, he was privileged to meet the songwriter and producer Philip Lawrence, who was also signed to the label. He was later dropped by the label less than a year after being signed.

After Bruno Mars was dropped by Motown Records, he remained in Los Angeles and signed a music publishing deal with the American record producer Steve Lindsey and Cameron Strang at Westside Independent in 2005.

A few years later, Bruno Mars released his debut studio album titled “Doo-Wops and Hooligans (2010)”, which peaked at number one in the US, Canada, UK, and several other countries worldwide. 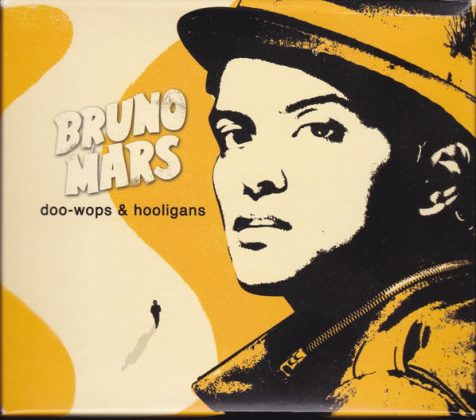 Fast forward to date, Bruno Mars is one of the world’s best-selling artists of all time with his latest collaboration single with Ed Sheeran and Chris Stapleton titled “Blow” was released on the 5th day of July 2019, the rest, as they say, is history.

Bruno Mars is yet to be married at the time of writing. We bring you facts about his dating history and current relationship status.

To start with his dating history, Bruno mars has been linked to no fewer than five ladies from the beginning of his career.

The talented American artiste dated Kosovar singer, Rita Ora when he was hired to write songs for her between 2009 and 2011. He was also in a relationship with the American dancer, Chanel Malver at that same period.

His relationship with Chanel came to an end when she found out that he was having an affair with Rita whom he was working with at the moment.

The American talk show host, Rocsi Diaz, and Amelle Berrabah were also rumoured to have had a fling with Bruno Mars in 2011.

Bruno Mars later got into a relationship with Jessica Caban on the 22nd day of June 2011 after which the two got engaged on the 26th day of December 2016. 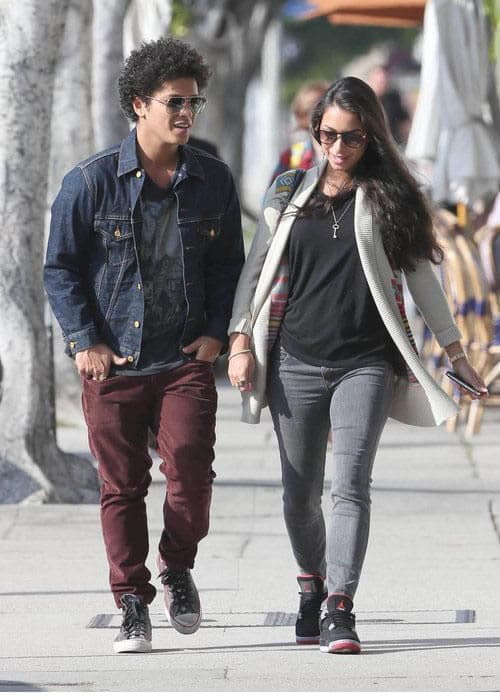 Bruno Mars comes from an upper-class family background. We bring you facts about his family life.

Peter Hernandez is Bruno Mars’ dad. He was born in Brooklyn, New York and spent his youthful years there.

He is a musician of both Jewish and Puerto-Rican roots and is considered to have played an important role in honing the talent of his child. 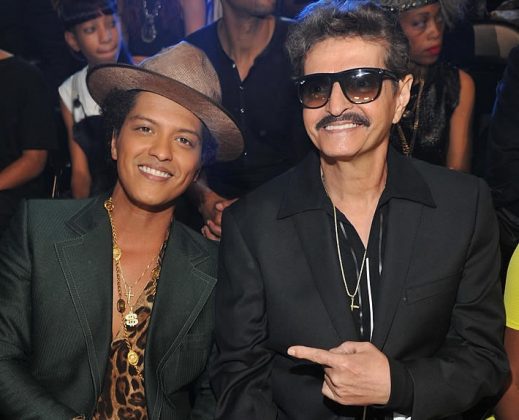 Bernadette San Pedro Bayot was Bruno Mars’ mom. She was born on the 14th day of August 1957 and hails from Manila in Metro Manila, Philippines.

By the time Bernadette was 10 years old, her parents sent her to the US to stay with her grandmother who was a citizen of the USA and resided in Hawaii.

While in Hawaii, she took an interest in dancing, which she became good at and later became a professional Hula dancer.

She often performed at concerts of local bands where she met a drummer – Peter Hernandez – whom she fell in love with and got married to.

Their marriage gave rise to six wonderful children but later fell apart following the divorce of Bernadette and her husband, Peter.

In 2013 Bernadette unexpectedly died of a brain aneurysm, a tragedy which left all her family members in shock. 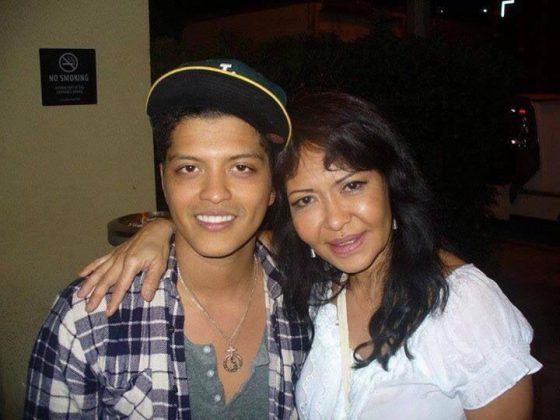 Bruno Mars has five siblings (an elder brother, two elder sisters and two younger sisters). His elder brother Eric Hernandez is also a talented musician who performs alongside Bruno Mars as a drummer.

His elder sister Tiara and youngest sister Presley are also talented music artistes and are members of the family band “The Lylas”.

Bruno Mars’ younger sister, Tahiti is also a musician who loves him so much and is ever grateful to have him in their family. 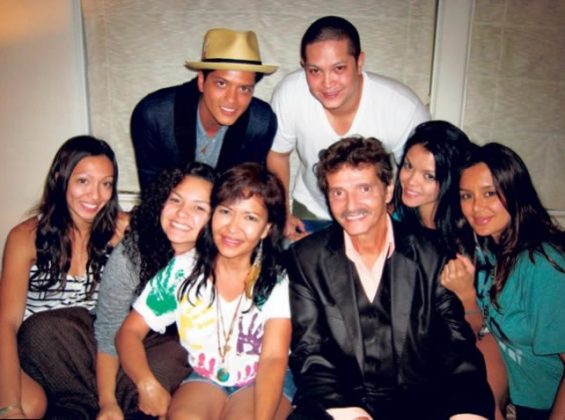 Not much is known about his uncles and aunts as well as his nieces and nephews.

What makes Bruno Mars tick? Sit back as we bring you makings of his personality. In order to help you get a complete picture of him.

To begin with, Bruno Mars’ persona is a blend of Libra zodiac traits.

He is a multi-talented artist who has done charity work with the American Red Cross.

Also, Candies Foundation and Global Citizen to mention a few. His interests and hobbies include; cooking, fashion, accessories, caps, and dogs. 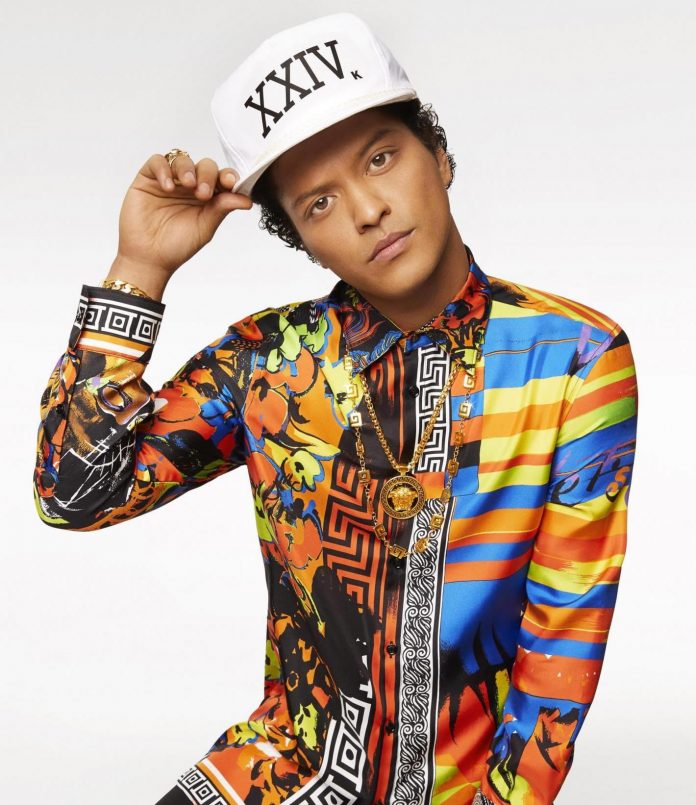 Bruno Mars has an estimated net worth of $150 million at the time of writing. The origin of his wealth stems majorly from his musical endeavours.

And endorsement deals with brands like Chromatik, NJOY and Pepsi. While analysis of his spending patterns indicates that he lives a luxurious lifestyle.

To start with Bruno Mars’ assets, he owns a 2-Acre Estate in StudioCity, California. Which is worth a whopping sum of $6.5 million.

The Estate includes two-story rotunda entry, a den, a family room with a wet bar.

A covered lounge, an infinity swimming pool with a spa, a children’s playground and parking for 12 vehicles. 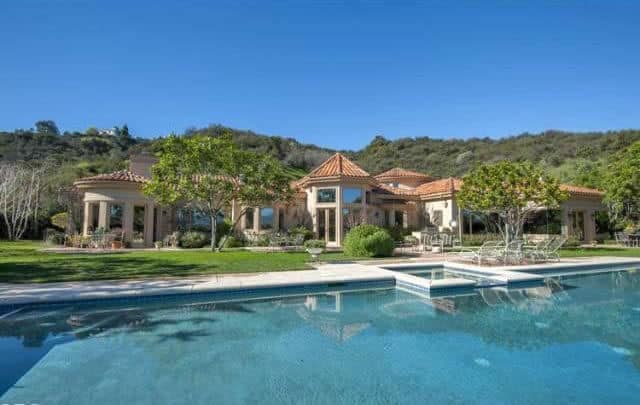 He also owns a private Jet nicknamed, Mars Rider worth an estimated sum of $40 million.

Bruno Mars was nicknamed “Bruno” by his father because he was a chunky baby. His dad adopted the name “Bruno” from the name of the wrestling legend Bruno Sammartino who was his favourite wrestler.

Celebrity singer, Bruno Mars, is a Christian. And he is probably a catholic. He upholds his belief in God almighty and diligently abides by the lifestyle of his Christian faith.

Mars has four tattoos; an anchor, a gypsy and two on his upper arms. Which are dedicated to his parents.

On his right upper arm is his late mother’s name, Bernadette. Bruno Mars Mum’s name is written in a heart. And on his upper left arm are the words “Pete’s Boy” as a tribute to his father. 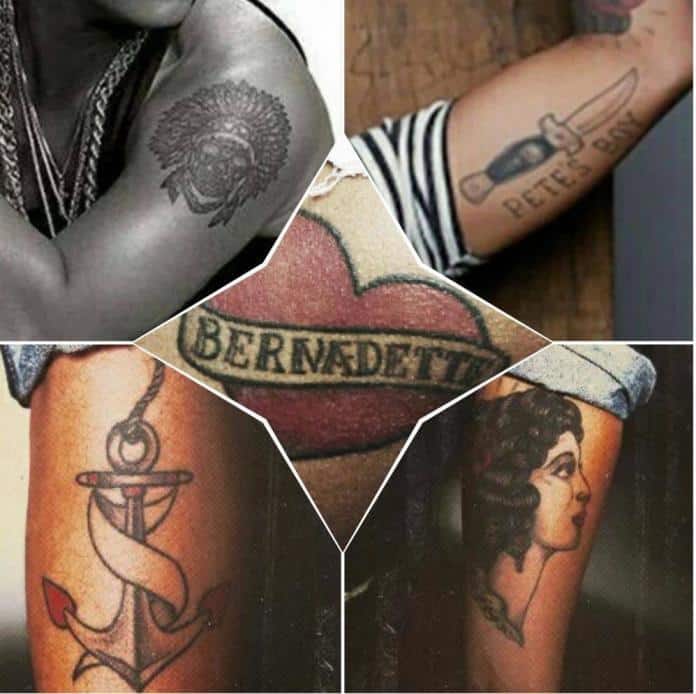 Thanks for reading our Bruno Mars Childhood Story plus untold biography facts. At childhood biography, we strive for accuracy and fairness. While delivering the Biography of Singers.