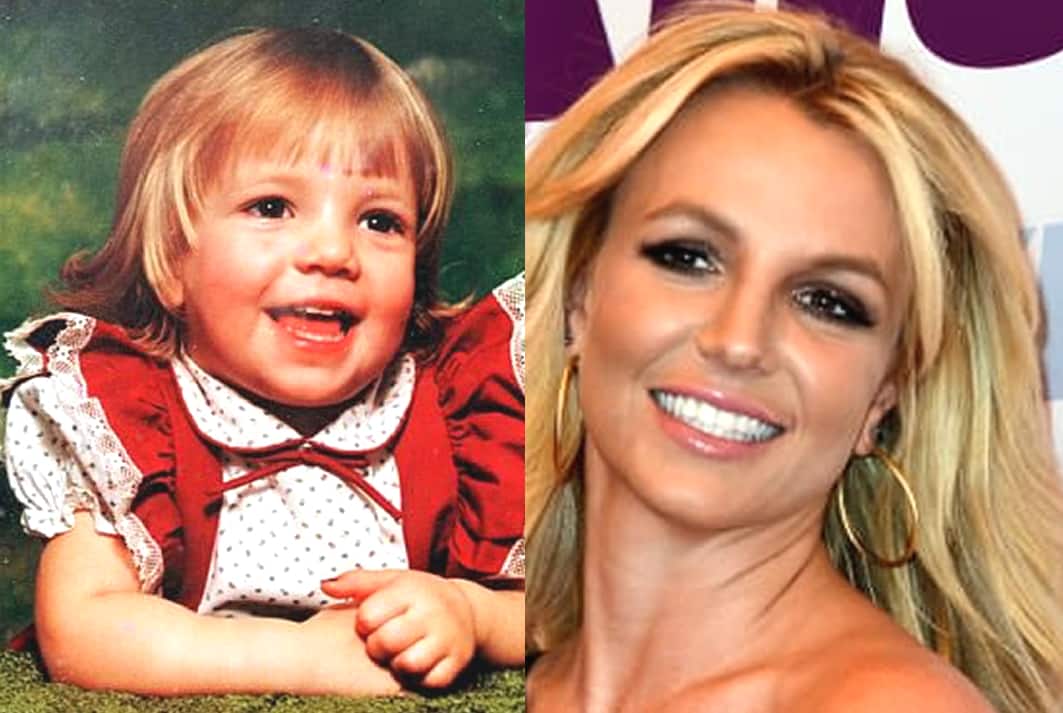 Childhood Biography presents the Full Story of an American singer-songwriter with the nickname “Princess of Pop“.

Our Britney Spears Childhood Story plus Untold Biography Facts brings you a full account of notable events from her childhood time to date.

Yes, everyone knows she is one of the most successful solo acts in popular music. However, only a few consider Britney Spears’ Biography which is quite interesting. Now, without further ado, let’s begin.

Starting off, Britney Jean Spears was born on the 2nd day of December 1981 at McComb in Mississippi, USA.

She was the second of three children born to her mother, Lynne Irene Bridges, and to her father James Parnell Spears.

The American national of English ethnicity with Maltese, Scottish, Irish, French, and Welsh roots was raised in Kentwood, Louisiana, where she grew up alongside her older brother Bryan Spears and younger sister Jamie Lynn Spears.

Growing up in Kentwood, young Britney began singing at church choir when she was aged 3 and started taking dancing lessons at the same age.

Two years later, she made her first local performance singing “What Child Is This?” at her kindergarten graduation event.

It wasn’t long before Britney who always had the full support of her parents intensified efforts towards building a career in Music.

Britney’s educational background includes her studies at McComb’s Parklane Academy in Mississippi and at an unnamed high school in Kentwood.

While at the schools Britney combined academics with gymnastics and competed in numerous children’s singing and dancing talent shows.

By the time the singing prodigy was aged 8, she auditioned for Disney’s television show The All-New Mickey Mouse Club.

However, Casting director Matt Casella considered Britney to be too young for the program and entrusted her to the professional guidance of New York City’s talent agent, Nancy Carson.

It was Nancy who suggested that Britney should be enrolled at Professional Performing Arts School in New York. While at school, Britney was cast in the Off-Broadway musical, Ruthless!.

She also appeared for TV commercials and was at the peak of her early career cast in The ‘The Mickey Mouse Club’ show when she was only 11 in 1992.

‘The Mickey Mouse Club’ show was cancelled a year after. Following the cancellation, Britney returned home to Kentwood where she was restless for almost 3 years and eager to get back into the talent/music industry.

Thus, Britney began recording Demos which was sent to executives of four record labels. She was rejected by three of the record labels and accepted by Jive Records.

The label was particularly impressed by Britney’s ability to deliver emotional content. Added to that were her motivation and potential commercial appeal.

Shortly after Britney got signed to Jive Records, she was assigned to work with producer Eric Foster White who helped shaped her voice from “lower and less poppy” to “distinctively, unmistakably Britney.”

Months later, she released her debut Album, “…Baby One More Time…” in January 1999. The Album which debuted at number one on the U.S.

Billboard 200, sold more than 10 million copies in the United States and became the biggest selling album ever by a teenage artist.

Britney Spears has been married twice. We bring you details about her dating history, failed marriages and current relationship life.

Prior to her rise to fame, Britney was involved in love affairs with notable personalities that include Reg Jones and Robbie Carrico.

After recording commercial success with the release of her first album, Britney began dating Justin Timberlake from 1999 to 2002. She was also involved in romantic stints with Wade Robson and Fred Durst within the period.

2004 was the year which Britney first got married to Jason Allen Alexander on the 4th of January.

The union was quickly annulled within 60 hours after a petition was filed to the court stating that Britney “lacked understanding of her actions”.

10 months later, Britney got married to a dancer, Kevin Federline on the 6th of October 2004.

The couples lived together for close to three years and had two children together – Sean & Jayden – before getting divorced in July 2007.

The next close shot she got to commitment came in 2011, when she began dating and got engaged to Jason Trawick up until 2013.

Britney is currently in a relationship with Sam Asghar. The lovers who met and began dating in 2016 have been together till date, it might not be long before they take a forward or backward step in their relationship. 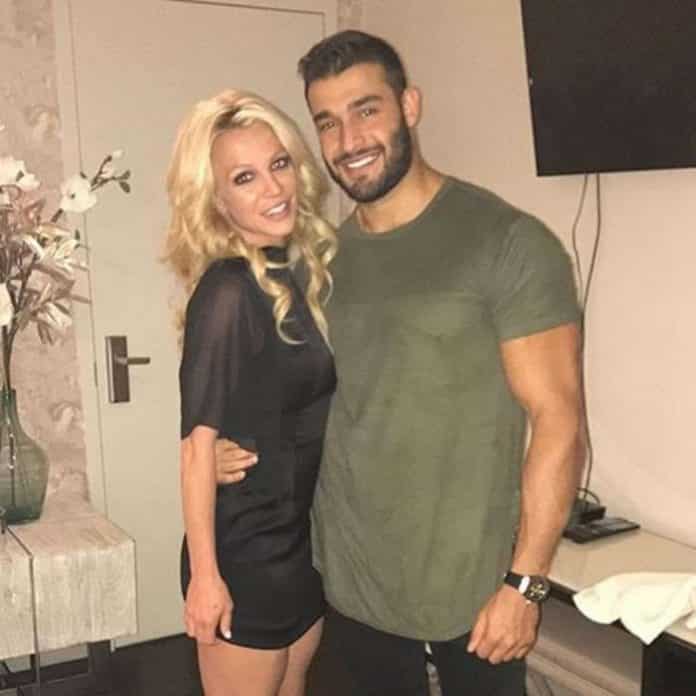 Britney was born into a family of 4. We bring you factual details about members of her family.

James Parnell Spears is Britney’s dad whom without the family origin won’t exist.

He was born on the 7th of July 1952 and worked as a construction contractor at the time of Britney’s birth.

Although James got divorced with Britney’s mother in May 2002, he got back to reunite with his wife not long after.

The supportive dad is also a father to Britney’s two siblings and he is not known to have fathered an illegitimate child.

Britney loves her father so dearly that she took a break in March 2019 to help him recover from a life-threatening colon rupture.

Lynne Irene Spears is Britney’s mother. She was born on the 4th of May 1955 and worked as an elementary school teacher at the time of Britney’s birth.

Irene is among things an author and head of a daycare. She is credited for accompanying and living with Britney in New York during the early days of her career.

Bryan James, born April 19, 1977, is the only son of the Spears family. He is a graduate of Park-lane Academy and South-eastern Louisiana Uni.

The eldest of the Spears family works as a film and TV producer. He is also a trustee for Britney’s estate business.

Jamie – Lynn, on the other hand, is Britney’s younger sister. She is a country singer and actress who made her debut in the movie Crossroads (2002).

Moving away from Britney’s immediate family, she has an aunt called Sandra Bridges Covington.

Thanks to her brother’s marriage, she is in-law to Graciella Sanchez (Bryan’s wife) and an aunt to their daughter Sophia.

Similarly, Britney has a niece in her sister’s – Jamie – Lynn – daughter, Maddie Briann Aldridge. She is also an in-law to Jamie – Lynn’s husband, Jamie Watson.

What makes Britney Spears tick? sit back as we bring you makings of her personality to help you have a complete picture of her.

To begin with, Britney’s persona is a blend of ISFP (Introvert, Sensing, Feeling, Perception) traits. Britney lives in the moment and she is very sensitive to energy around her.

In addition, she is highly artistic and takes delight in upsetting traditional expectations with experiments in behaviour and beauty.

Her hobbies include reading, singing, and dancing. She also plays Pokémon Go with her sons and loves baking.

With an estimated net worth of $215 million, Britney lives a lifestyle that portrays the true measure of her enormous wealth.

Records from her financial statements reveal that she’s a frequent customer at T.J. Maxx, Target, Old Navy, Macy’s and Dillard’s.

In the same light, she lives at her Los Angeles home mansion which is valued at  $8.5 million. It contains luxurious features like an Infinite swimming pool, Lots of outdoor open space, scenic gardens and a spa.

Parked in the garage of the luxurious mansion are cars that include  Mercedes-Benz SLR McLaren, Maserati GranTurismo, Mercedes-Benz CLK Cabriolet, Mercedes GM 550 among others.

Britney endorses and enjoys sponsorships from brands that include Pepsi, Skechers, Candie’s, Sony, Hasbro among others.

She founded the Britney Spears Foundation, a charitable organization that helps children in need. It also holds the philosophy that music and entertainment has a healing quality that can benefit children.

Britney has several fragrances, and they’re hugely popular. So popular, that they account for 34% of all celebrity perfume sales. in addition, she once had owned a restaurant in NYC named Nyla.

FACT CHECK: Thanks for reading our Britney Spears Childhood Story plus untold biography facts. At childhood biography, we strive for accuracy and fairness while delivering you the Biography of Famous Singers. You’ll derive some pleasure while reading the Childhood stories of Olivia Rodrigo, Alicia Keys, and Charlie Puth.