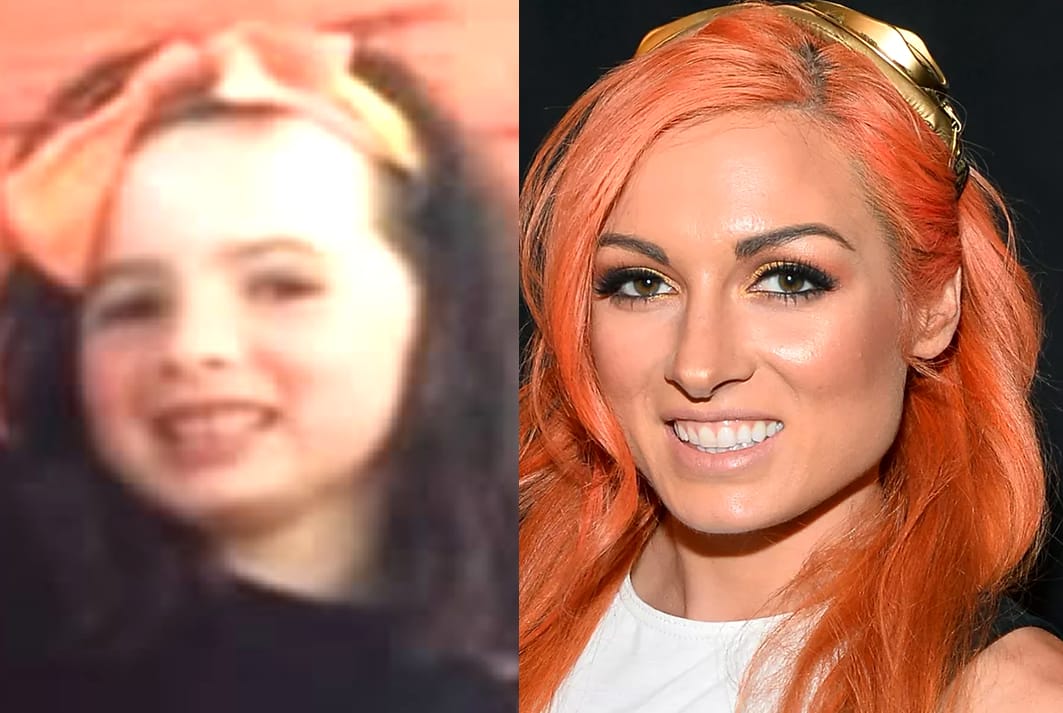 Childhood Biography presents the Full Story of a female WWE Superstar who is known by the nickname “The Man” and the real name “Rebecca Quin“.

Our Becky Lynch Biography Facts brings you a full account of notable events from her childhood time to date.

The analysis of the WWE Star of Irish origin involves her early life, life story before fame, family background and personal life. More so, other OFF and ON-Screen little-known facts about her.

Yes, everyone knows she is one of the most beloved superstars in WWE. However, only a few consider Becky Lynch’s Biography, which is quite interesting. Now, without further ado, let’s begin.

Becky Lynch (christened Rebecca Quin) was born on the 30th day of January 1987 at Limerick in Ireland. She was born to her look-alike mother Anne and to a lesser-known Irish father.

Young Becky was only one year old when her parents got separated. Notwithstanding, she enjoyed the custody of both parents who saw to her upbringing in Dublin.

Growing up in Dublin alongside her older brother Richy, Becky was drawn to different sports including basketball, horse riding, swimming and polo.

In addition, she loved watching wrestling on television, a passion she shared with her older brother from an early age to her mid-teens.

Becky’s educational background includes her studies at an unnamed high school. While at the school the young athlete surprisingly failed P.E but excelled in her favourite class, History.

Upon graduation, she got enrolled for higher studies in Philosophy, history and politics but later dropped out because she didn’t consider the pursuit to be worthwhile.

Prior to dropping out, Becky went through a period of her life that was characterized by a loss of purpose.

The young girl had no passion for anything and lived a wild life drinking alcohol and hanging out with friends.

However, Becky’s brother drew her attention to the existence of a wrestling training school established by NXT superstar Finn Balor (known as Fergal Devitt at the time).

The siblings got themselves enrolled at the nascent training facility where they began their career build-up in wrestling.

“The school was about an hour and a half away from me. And it didn’t even have a ring at the time.

We wrestled for three months on just six blue mats on the floor in this tiny little hall at Saint Andrew’s national school,” Becky recalls to Irish America.

Becky trained at the wrestling school for five months before making her professional debut in late 2000 using the stage name Rebecca Knox.

She also participated in All Pro Wrestling (APW)’s ChickFight III tournament in California as well as wrestled for International Women’s Grand Prix, Shimmer Women Athletes and Queens of Chaos Promotion (in France).

Becky was at the peak of her early career when she sustained a head injury during a ‘German Stampede Wrestling’ match with Finnish wrestler ‘Kisu’.

The serious injury which Kisu mistakenly inflicted on Becky saw the latter get stitches above her eye with resultant distorted vision, headaches and a loud buzzing noise in the left ear.

Thus She took a long break from wrestling for 7 years but wrestled thrice for Irish promotion Fight Factory Pro Wrestling in 2008, 2012, and 2013.

The 7-years-hiatus was mostly utilized by Becky in completing her studies and studying acting at ‘Dublin Institute of Technology.

She furthered her studies in acting at Columbia College in Chicago as well as the Gaiety School of Acting.

What’s more?, the industrious wrestler appeared in a number of plays between 2011-2012 and thereafter worked with Aer Lingus as a flight attendant.

2013 was the year which Becky came out of partial retirement to sign a two-year developmental deal with World Wrestling Entertainment (WWE).

She was immediately deployed to WWE’s NXT developmental territory in Florida. While at the territory Becky was given the stage name “Becky Lynch” and made her television debut by defeating Summer Rae in 2014.

The wrestler was thereafter involved in numerous unsuccessful tag matches even after she made her official main roster debut on 13 July 2015.

Her big break came in 2016 after she was drafted to Smackdown brand and won a six-pack elimination challenge to become the first winner of SmackDown Women’s Championship. The rest, as they say, is history.

Becky is yet to get married. We bring you information about her past and current relationship. Starting off with her dating history, Becky used to be in a relationship with MMA fighter Luke Sanders.

The duo who met in Los Angeles started dating in February 2016 up until they went separate ways in April 2018.

Following the break-up, Becky erased all traces of her relationship with Sanders on Instagram and unfollowed him.

Although none of the estranged has given reasons behind the split, it is evident that they have parted for good.

The wrestler has been single but focused ever since the breakup. Her post-relationship achievements include winning her second SmackDown women’s title in December 2018 as well as the 2019 women’s Royal Rumble Match in January 2019.

Becky was born into a family of 4. We bring you factual information about members of her family.

Becky has a dad who is Irish. Although Becky’s father separated from her mother when the wrestler was aged one, he stayed close to his children, particularly Becky who has always enjoyed his support.

Unlike her father, Becky’s mother has not been always cooperative particularly when the wrestler made her foray in wrestling as a teenager.

“Originally I didn’t tell her that I was wrestling. I said I was doing Brazilian jiu jitsu. And when she found out I was doing wrestling, she hit the roof.” She recalls.

In fact, Becky’s mother aversion to wrestling is part of the reason that made her go into partial retirement for several years.

However, both mother and daughter have found common ground in wrestling given that Becky has proved that the career is worthwhile.

Becky has no sister but an elder brother Richy. He grew up with Becky and teamed with her in mixed tag team matches during the days of their career.

Fate however destined that Becky would achieve more than Richy in wrestling nonetheless they still share a close bond.

What do you know of Becky beyond her in-ring endeavours?. Sit back as we bring makings of her personality to help you get a complete picture of her.

Starting off, Becky is loved by many because she has a good sense of humour and a penchant for cheesy puns.

In fact, her thesis subject at the Dublin Institute of Technology was “Clowns”. This proves that humour has been deeply ingrained in her personality for a long.

Life for Becky is filled with beautiful and challenging passing moments which ought to be recorded down for the purpose of future reference.

Thus she keeps a diary, a practice she adopted from her childhood days and maintain to date.

Surprisingly, the list obvious of Becky’s personality is her love for talking. Yes talking. It is an activity that her segment in WWE does not afford her.

Thus it joins the trio of eating, cooking and working out as one of her favourite activities outside WWE.

With an estimated Net worth of $1.3 million, Becky lives in a decent house at Los Angeles in California, United States.

Like most wrestlers, she feels the need to have a good transport system to aid her movements. Thus she has a good collection of cars including a BMW 5 that satisfy her need for speed.

At ChildhoodBiography, we strive for accuracy and fairness in our quest to deliver you the Biography of WWE Superstars.

Kindly stay tuned for more related articles in our WWE category. You may find some interest in the childhood story of Braun Strowman, Daniel Bryan, Asuka and AJ Styles.

omg love ur story and ur pictures l a big fans