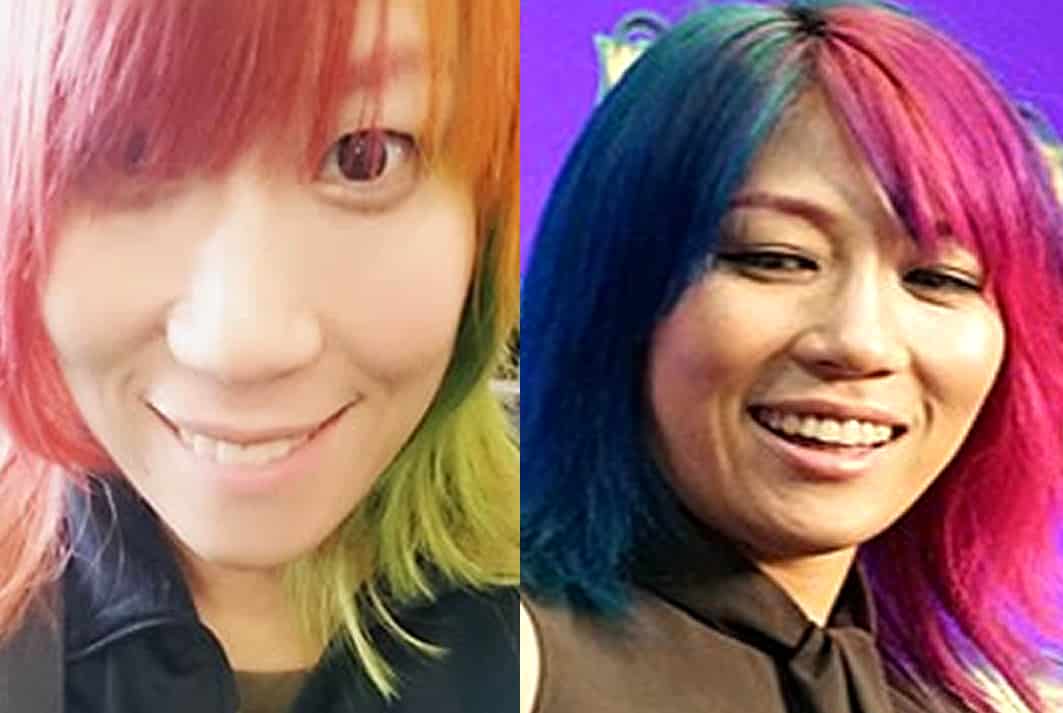 Childhood Biography presents the Full Story of a Pro Wrestler with the nickname “Empress” and the real name Kanako Urai.

Our Asuka Childhood Story plus Untold Biography Facts brings you a full account of notable events from her childhood time to date.

The analysis of the Japanese professional wrestler involves her early life, life story before fame, family background and personal life. More so, other OFF and ON-Screen little-known facts about her.

Yes, everyone knows she is one of the best female wrestlers with a high win percentage.

However, only a few consider Asuka’s Biography, which is quite interesting. Now, without further ado, let’s begin.

For Biography starters, Asuka (christened Kanako Urai) was born on the 26th day of September 1981. Asuka’s birthplace is in Osaka Prefecture, in Osaka, Japan.

She was born to Japanese parents whom little is known about other than the fact that they had the name Urai as their household identity.

Young Asuka was raised by her parents at Osaka where she grew up and had her entire childhood.

Osaka is best known for hosting and having training camps for sporting events like track and field, tennis, swimming, bicycle races, rugby and sumo.

It was therefore impossible for Asuka not to grow up practising any sport, especially at the educational institutions where she studied at Osaka.

While at the school Asuka played badminton and volleyball which the school is famous for.

By the time she was in 3rd grade at the high school, Asuka became overwhelmingly passionate. About men’s professional wrestling.

She idolized great Japanese wrestlers at the time, including Muto Keiji, Satoru Sayama (SAYAMA), Fujiwara Yoshiaki, among others.

Asuka told her parents about her consideration for a career in professional wrestling with hopes that her desire would be supported.

However, the young girl’s choice of future career was met with stiff opposition from her parents.

Notwithstanding, she kept her interest in wrestling alive all through the rest of her high school education and studies at Osaka University of Arts Junior College.

Upon graduation from university, Asuka worked as a graphics designer for a design company before quitting in 2003 to embrace a career in wrestling.

On their part, Asuka’s parents no longer opposed her decision but respected her sense of direction.

Asuka began her professional wrestling career at the lesser known AtoZ Japanese promotion where she made her debut on June 16, 2004, with the stage name Kana.

She wrestled at the promotion for 18 months before announcing her retirement citing chronic nephritis as the cause.

It is worthwhile to note that chronic nephritis is the inflammation of the Kidneys due to infections and toxin.

While she was away from the ring, Asuka established her own graphic design agency before returning to wrestling in 2007.

2015 was the year that Asuka got signed to WWE and transferred to its NXT development territory. While at the territory, she adopted the stage name “Ashuka” and recorded a victory in her debut match against Dana.

Subsequent fights at the territory saw Ashuka record an impressive winning streak against many female wrestlers, including the main roster performer Cameron.

At the peak of her NXT career, she defeated Bayley on the 1st of April 2016 to win the NXT Women’s Championship.

She held the title for the longest time in WWE’s history (510 days) before a collarbone injury and 8 weeks of recovery forced her to relinquish it on the 24th of August 2017. 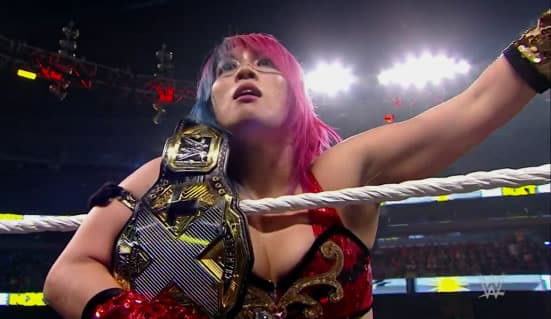 The WWE star remained relatively unknown until she was signed to RAW brand on September 2017. She made her debut at the brand by defeating her old rival Emma on the 22nd of October.

She thereafter maintained her awesome winning streak of 914 days (the longest in WWE’s history) that culminated in winning the inaugural women’s Royal Rumble Title. The rest, as they say, is history.

Who is Asuka’s Husband?

Speak of Asuka’s love life, she is single and there are no records of her past relationship. Yes, the wrestler has the makings of Asian beauties which makes her attractive to prospective boyfriends.

However, she seems to be focused on her WWE career and other profiting engagements outside wrestling. Notwithstanding, we will keep you abreast of developments in this regard as they occur.

The Wrestler is yet to give the world a peek into her family background.

Notwithstanding she once talked about growing up with her parents in an interview. There is no ruling out the possibility that she has brothers and sisters as well as cousins aunts, and uncles at large.

Asuka Personal Life away from wrestling:

There are interesting facts you need to know about Asuka beyond her in-ring intimidating smile and vicious looks.

Her WWE stage name “Asuka” has a significance in Japanese history. It comprises two separate words, ‘Asu’ and ‘Ka’, the former translates as ‘to fly’ while the latter means ‘bird’.

FACT CHECK: Thanks for reading our Asuka Childhood Story plus untold biography facts. At childhood biography, we strive for accuracy and fairness. If you see something that doesn’t look right in this article, please place your comment or contact us!