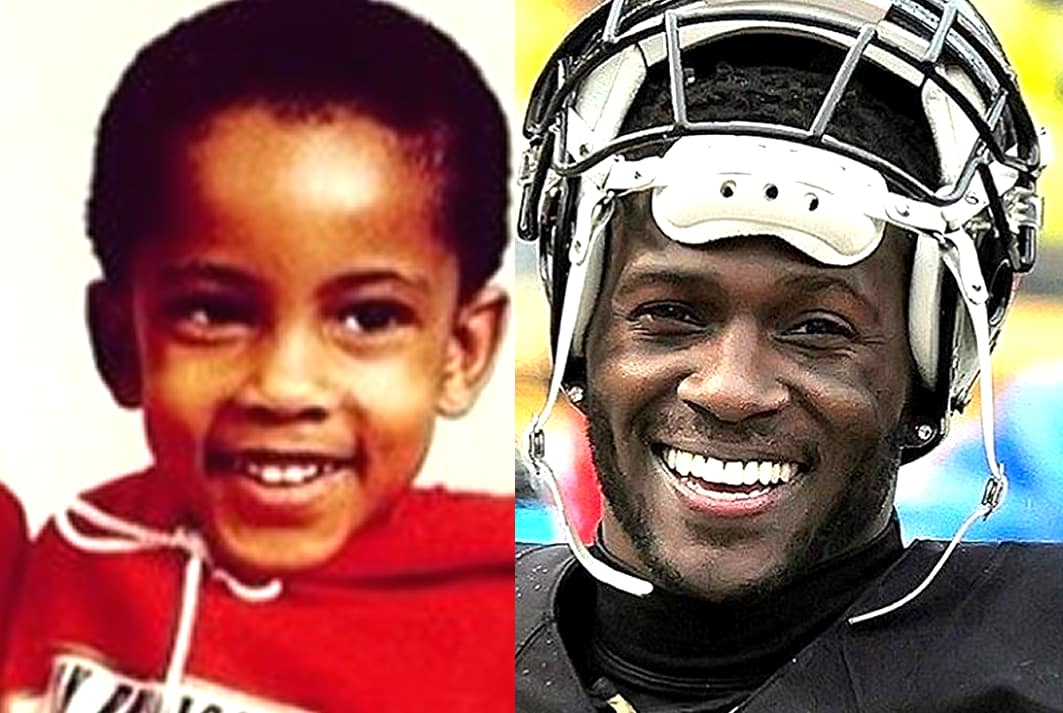 Our Antonio Brown Childhood Story plus Untold Biography Facts brings you a full account of notable events from his childhood time to date.

The analysis of the American football wide receiver involves his early life, life story before fame, family background and personal life. More so, other OFF and ON-Screen little-known facts about him.

Yes, everyone knows about his rape lawsuit, which was first reported by the New York Times. Also, we know he alongside Julio Jones are arguably the best wide receivers of their time.

However, only a few consider Antonio Brown’s biography, which is quite interesting. Now, without further ado, let’s begin.

For Biography beginners, Antonio Tavaris Brown Sr was born on the 10th day of July 1988 at Miami, in Florida, United States.

The NFL star is the first child born of the union between his mother Adrianne Moss and his father Eddie Brown (an ex-Arena Football Player).

Regarding his family background, Antonio is an American national of black ethnicity with African-American roots.

Growing up in the Liberty City neighborhood of Miami alongside his younger brother Desmond Brown, Young Antonio had a poor parental upbringing.

Did you know?… His parents got separated in the mid-1990s when he was barely 10 years old.

Antonio stuck with his mother until she remarried in the year 2000. However, she saw Antonio’s eviction from her new husband’s house over his penchant for constituting a nuisance.

Thus began a brief challenging life for the teenager who became homeless for six months during the latter years of his high school education.

While at the high school, Antonio was an athlete whose active participation in football and track events earned him the ‘North Athlete of the Year’ title at the 2005 Miami-Dade Gridiron Classic.

Upon graduation, Antonio was in 2006, enrolled at North Carolina Tech to take prep classes.

The development became necessary as his superseding interests in football during his high school days saw him record poor academic performance, which resultantly failed to secure his admission to Florida State University.

Notwithstanding, Antonio was not one to quit identifying with football. He spent a lone season at North Carolina Tech exhibiting eye-catching performances that saw him earn a scholarship to Florida International University in Miami.

Everything seemed good for Antonio, who was ready to make good use of his earned scholarship until his upright aspirations fell like a pack of cards when he was expelled for getting into a dispute.

Antonio later had reasons to smile when he contacted his one-time coach Butch Jones. The coach, for old times’ sake, invited the football displaced lad for a tryout.

Antonio aced the tryout despite playing the position of wide receiver, a role that was foreign to his capacity of the quarterback during high school days. 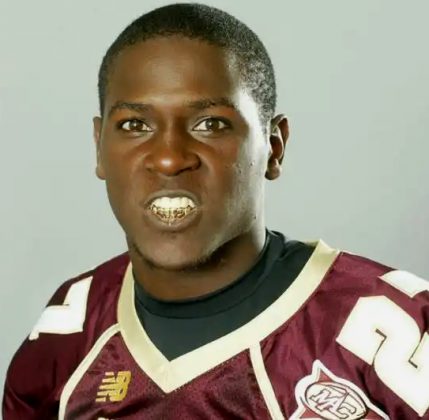 Weeks later, Antonio was granted a scholarship to study at Central Michigan University after the coaches considered him to be a valuable asset.

True to their consideration Antonio pulled off impressive performances that include setting the records for best single-season figures of 110 receptions, 1,198 receiving yards, and nine touchdowns.

Life seemed to move too fast for Antonio who entered the 2010 NFL Draft without completing his senior year. Although he was looked over by 32 teams, Pittsburgh Steelers selected him as their 2nd wide receiver pick. 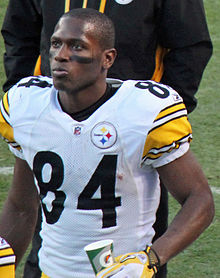 Antonio went on to reward the faith reposed in him by the Steelers as he helped the team reach the Super Bowl.

A year later he overtook four teammates to become Steelers’ third wide receiver and his career went nowhere but up thereafter. The rest, as they say, is history. 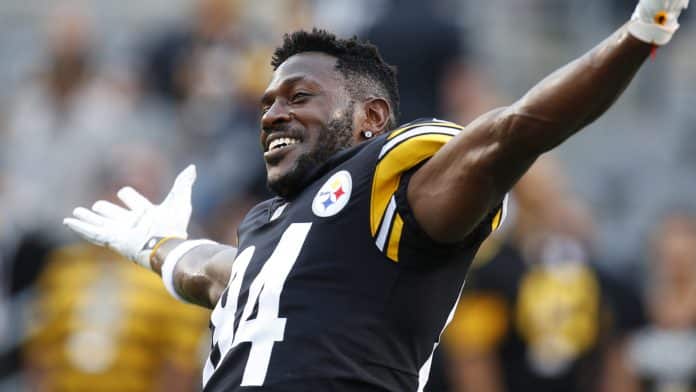 Antonio Brown is an unmarried man with kids. we bring you details regarding his past and present relationships. First was his relationship with a woman known as Shameika Brailsford.

Antonio dated the Miami-born ex-girlfriend for a while during which their relationship gave rise to the birth of two children, a son called Antonio Brown Junior and a daughter, Antanyiah Brown.

The couples, however, split because of irreconcilable differences, with Shameika accusing Antonio of being a deadbeat father.

Moving on, Antonio began dating a native of Ohio called Chelsie Kyriss. The current girlfriend (Kyriss) also had children (Kellen and Brooklyn) from her previous relationship before she met Antonio. 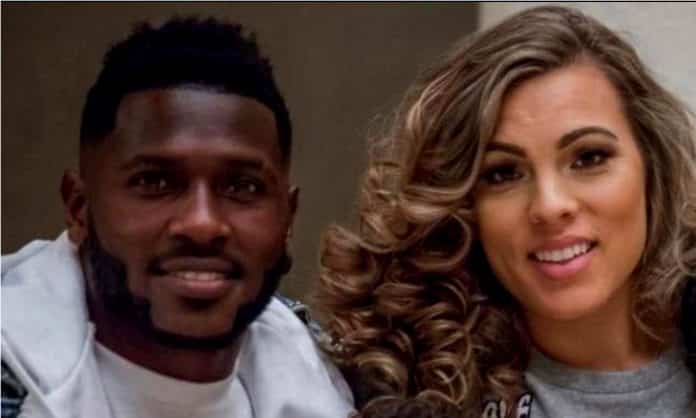 Still not married, their relationship has given rise to the birth of two kids, Autonomy and Ali. Their relationship was once threatened by Antonio’s involvement with an Instagram model Jenna Frumes. 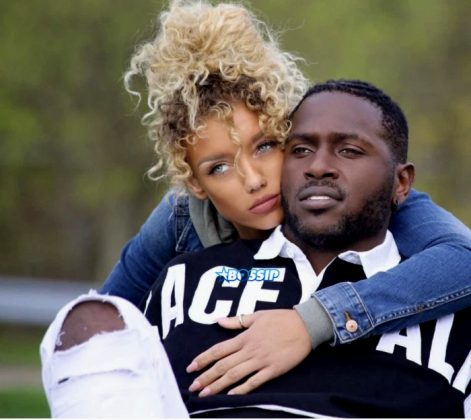 He, however, traced his steps back home to Kyriss, attributing the development to “a call from God”.

Antonio Brown was born into a family of four members. We bring you factual details about his family.

Antonio’s father, Eddie Brown, is an ex-arena footballer who played for the Albany/Indiana Firebirds of the Arena Football League (AFL) and is considered to be the greatest Arena Footballer of all times. 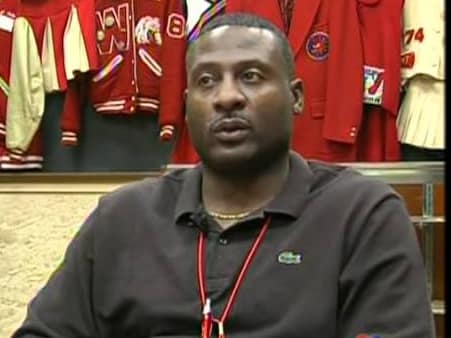 Eddie who got separated from Antonio’s mother many years ago was much professionally engaged that he didn’t have time to be with Antonio for the better part of his teenage.

However, much has changed following Eddie’s retirement. He now has quality time to spend with his son and grandchildren. According to him:

“Time always heals wounds. I think he is starting to understand a lot more things but where he’s at now mentally, he feels there is no other bigger support system than having his dad by his side.

And I’m honoured. It’s about building that family tradition of doing things together.” 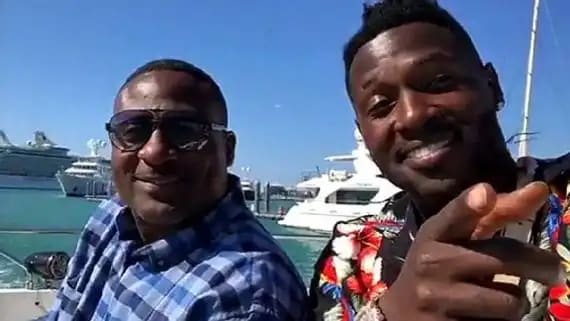 Adrianne Moss is the mother of the great wide receiver. All was well between them before she allowed Antonio’s eviction from her new husband’s house.

Fortunately, Antonio is not one to bear grudges as he has since forgiven his mother and they both go well together. According to him:

“Yes, you only get one mother. She loves me, and if I wouldn’t have gone through what I went through I wouldn’t be here today and be as mature as I am. I would not have been able to endure with the blessings that have been given to me.

And it’s hard for a woman in a situation between a son and a [new] husband. I know a lot of women and friends in those situations, and I just hope they repair their relationships as my mom and I did and hold no baggage about it“.

Desmond Brown is the only sibling born of the union between Antonio’s parents. Desmond like his elder brother played football at Miami Norland high school. He is at the time of this post, a running back for  Pittsburgh Panthers. 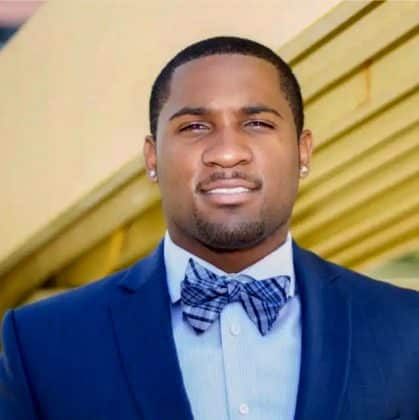 Others include those he signed with Facebook, Sprayground backpacks, Proctor & Gamble Rite Aid, Skittles, Visa and Oral-B. 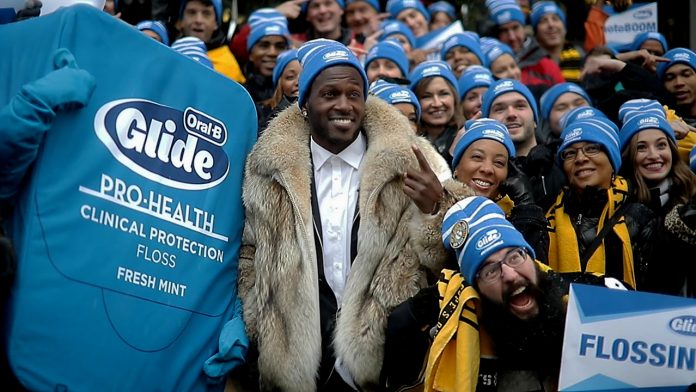 Regarding his private investments, Antonio has investments in food and clothing lines to the tune of $30 Million Naira. Isn’t that awesome.

Antonio Brown is a self-motivating footballer whose Jersey number 84 says a lot about his motivation.

The wide receiver chose 84 owing to the fact that 8 times 4 = 32, a result that documents the number of teams that didn’t consider him worthy to be part of their squad. 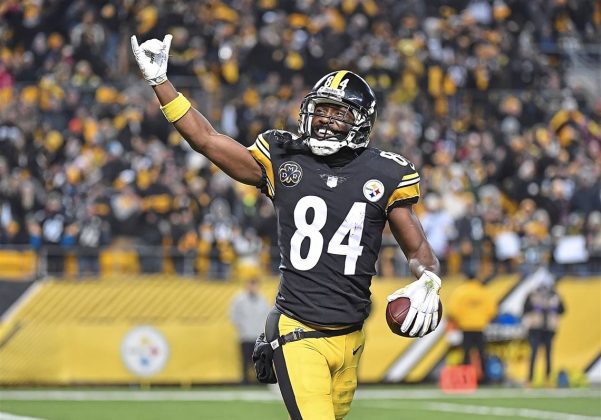 Moving on to intricate aspects his personality Antonio guards his privacy like one a hen protects her newly hatched chicks.

In September 2018, he threatened to physically harm a reporter for releasing a story that shed light into his personal life.

The threats which were contained in a tweet that has been long deleted by Antonio was screen grabbed by deadspin.com

Antonio has however apologised admitting that he went overboard with the act. Asides the ugly act Antonio is an ever-smiling and approachable football player with funny haircuts that have evolved as his career.

FACT CHECK: Thanks for reading our Antonio Brown Childhood Story plus untold biography facts. At childhood biography, we strive for accuracy and fairness. If you see something that doesn’t look right in this article, please place your comment or contact us!