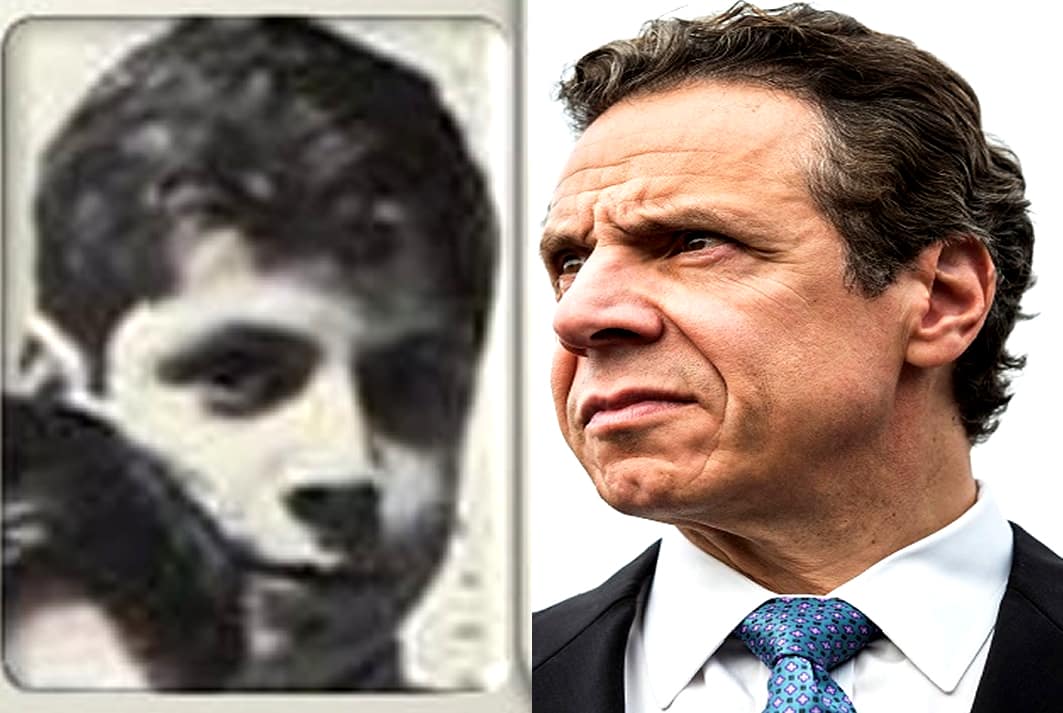 This is a tale of notable events right from when she was a child to when he became well known.

Yes, everyone knows he is Democrats’ most prominent voice in the fight against corona-virus also known as COVID-19. More so, that he is the older brother of CNN Superstar, Chris Cuomo.

However, only a few consider Andrew Cuomo’s biography, which we’ve prepared and is quite interesting. Now, without further ado, let’s begin.

For Biography starters, Andrew Mark Cuomo was born on the 6th day of December 1957 in Queens borough of New York City.

The “Lov Gov” as he is nicknamed is the eldest of 5 children born to his mother Matilda, and father Mario Cuomo.

The astute American politician – who is of Italian ethnicity with Campanian and Silician family roots – grew up at Queens alongside his four younger siblings. They include Madeline, Margaret, Maria, and Chris.

Growing up in Queens, young Andrew Cuomo was a studious kid who spent much of his childhood understanding what law and politics meant through extensive discussions with his dad  -Mario.

Starting off, Andrew Cuomo’s dad, Mario, was a lawyer who began an earnest career buildup in politics during the late 1960s.

Back then, he was a representative championing homeowner right in the Empire State. Having a well-to-do dad implies coming from a rich family background.

Although Andrew Cuomo was barely 10 at the time, he was old enough to chart the paths which Mario trod in his political ascension.

The young lad also bore witness to how his mom Matilda did her bit in supporting his dad’s aspirations. Here comes a cute photo of Andrew Cuomo’s parents.

It was only natural for Andrew Cuomo- in imitation of his dad – to aspire towards pursuing interests in politics and law.

He kept the aspirations alive while studying at St. Gerard Majella’s and Archbishop Molloy High School in the Empire State.

The future governor went on to bring his aspirations a step closer to fruition by obtaining a BA in law from Fordham University as well as clinching a JD from Albany Law School in the year 1982.

By the time the Love Governor was wrapping up his studies at law school, his dad was already making moves for the position of NY’s governor.

Not one to miss a vital political appointment, the future governor became his dad’s campaign manager immediately after he was done with Law school.

When Mario was eventually sworn into office as governor, Andrew was made one of his dad’s policy advisors. He went on to work at a law firm – Blutrich, Falcone & Miller.

However, Andrew soon quit to champion the cause of an initiative – Housing Enterprise for the Less Privileged (HELP) – which he founded in 1986.

Thanks to Andrew’s passion for promoting House ownership, especially for the less privileged, he was made the chair of New York City’s Homeless Commission.

He rose to the position of Secretary of the United States Department of Housing and Urban Development (HUD) under the administration of President Bill Clinton.

Having made significant strides with the HUD, Andrew had courage in convictions that he had become popular enough to give a shot for the position of New York’s governorship election during the 2002 election.

Unfortunately, he withdrew from the race because his uncharitable comments about fellow contender George Pataki didn’t go well with prospective voters.

Years after withdrawing from the 2002 gubernatorial race, Andrew made known his intent to become New York State attorney general in 2006 and won the election against Republican nominee, Jeanine Pirro.

While Andrew was at it, he was favourite for a potential U.S. Senate appointment in 2010 but had his sights set on becoming governor of New York.

Fast forward to the time of writing Andrew Cuomo’s biography; he is now a third-term governor.

Also, he has found favour in the eyes of Democrats and Republicans alike for his quick response to the breakout of the Coronavirus pandemic, also known as COVID-19 in New York.

Cuomo leads the response against the virus by directing proactive measures and conducting briefings that have seen him become Democrats’ most prominent voice in the fight against the pandemic. The rest, as they say, is history.

Away from the demanding nature of his job as governor of a ‘city that never sleeps,’ Andrew has had a bit of turbulent love life.

Andrew and Kerry were husband and wife for just 13 years. They had three daughters together before going separate ways in 2003.

Moving on from his divorce, Andrew began dating Sandra Lee. They met in 2005, just two years after Andrew’s split with his ex-wife Kerry.  Sandra began living with Andrew and was his girlfriend for 14 years.

During that period, She did help raise Andrew’s daughters like they were her kids and was happy with Andrew until their amicable split in 2019.

Andrew has been single ever since his last breakup. The way we figure it, it would take a while before he starts prospecting for a new girlfriend, as the coronavirus pandemic has made him very busy than ever.

Who is Andrew Cuomo without family, and what would have become of him if he wasn’t born to his industrious parents?

Sit back as we bring you facts about members of Andrew Cuomo’s family life, starting with his parents.

He went on to become Governor of New York for three terms before he lost his bid for the fourth term.

Until Mario’s death on the 1st of January 2015, he had a close relationship with every member of his family, including Andrew, who credits him for being his best friend, ally, and mentor.

Andrew’s mom is Matilda Raffa. She is also of Italian descent and was born on September 16, 1931.

Matilda did initially work as a teacher during the early years of her marriage with her late husband Mario. She later quit giving her late husband political support, especially in her capacity as First  Lady.

Did you know that Andrew loves and cherishes his mom such that he has a law to her name? The law “Matilda’s Law” is a protective order against coronavirus for people of over 70 years in New York.

The “Love Gov” is the most senior of 5 children born to his parents. His siblings include Margaret (a prominent radiologist), Maria (a film producer) Madeline (a lawyer), and Chris (a TV journalist with CNN).

All siblings are close and proud of one another. They work hand in hand to promote and preserve Cuomo’s great political dynasty.

Here we talk about Andrew Cuomo’s ancestry and extended family life. His paternal grandparents were Andrea Cuomo and Immaculata Giordano.

On the flip side, Andrew’s maternal grandfather and grandmother were Charles Raffa and Mary Gitto.

Not much is known about the politician’s uncles, aunts, and cousins. Neither is Andrew’s nephews and nieces known at the time of writing this bio.

Let’s move on to what makes Andrew Cuomo tick and the nature of his character beyond politics. Did you know that his zodiac sign is Sagittarius? he is trailblazing, idealistic, adept, and working.

In addition, Andrew has no problems with revealing facts about his personal and private life.

The politician’s interests and hobbies include reading, fixing old muscle cars, and spending a good time with his family and friends.

Andrew has a net worth of over $5 million at the time of writing this bio. The bulk of the politician’s wealth stems from the salaries and wages that he earns from nearly two decades of public service.

By virtue of his political connections and promotion of housing for all, Andrew can afford to live in the most expensive house in New York.

Neither does he run out of official and personal cars for navigating the good roads of The Empire State.

To wrap up our Andrew Cuomo childhood story and biography, here are little-known or Untold facts about the politician.

Andrew Cuomo’s parents raised him as a practising Catholic. Like all true Christians, he professes faith in one true God as well as looks forward to the resurrection of the dead and the life of the world to come.

Sadly his ideologies sometimes don’t go well with Catholics who want him out of the church.

Did you know that Andrew once had an annual salary of $1? He was paid the said sum for working as one of the policy advisors for his father. We have reasons to believe that Cuomo’s dad had other means of compensating him.

Did you know that Cuomo’s birth year 1957 was the year the Soviet Union satellite Sputnik 2 went into space with a dog on board Known as Laika?.

Also, 1957 was also the year that classic movies like “12 Angry men” and “Around the world in Eighty Days” hit cinemas.

Thanks for reading our story and believing in “What we are and what we do“.

At Childhood-Biography, we strive for accuracy and fairness in our quest to deliver political biography stories. Kindly stay tuned for more! The Life History of Kim Jong Un and Angela Merkel will excite you.